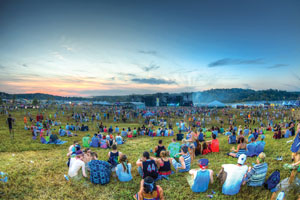 Ambient dub and laptronica will drown out the gurgle of the Hooch September 27 to 29 as a farm in Chattahoochee Hills, thirty minutes south of Atlanta, hosts a three-day music festival called TomorrowWorld (tomorrowworld.com). The newborn cousin of Belgium’s nine-year-old Tomorrowland—basically the world’s Woodstock of electronica—is expected to draw 50,000 fans daily, many of whom will pitch their tents at DreamVille, one of the “mind-blowing” curiosities promoters will offer on the 8,000-acre property owned by Carl Bouckaert. We asked fifty-nine-year-old Bouckaert, a carpet manufacturer from Belgium who has represented his country on the Olympic equestrian team, how exactly this “fantasyland” came to be on his property better known for hosting the horsey set.

How did you end up in South Atlanta? I came in 1978 and entered the carpet business. I was doing well by 1988 and bought this property: pastures, lakes, and woodlands running twelve miles along the Chattahoochee. There had been a hay business and a stocked fishing outfit. It was twenty minutes from the airport. I thought, sooner or later this will be a good investment.

So you had no intention of getting into festivals? My son wanted to get involved in the music business in 2006, when he was twenty-three. He said, “Dad, would you consider giving me a concert or a festival on your property?” I said, “I’d be happy to, but you’ve got to do the legwork.” He got hold of MCP Presents and that led to our first festival in 2007, the Echo Project. It was fun, but we didn’t make any money. What size loss, I’d rather forget. We took a leave of absence during the recession. But last year we had a big success called CounterPoint. Friends of mine who run the largest rock festival in Europe had showed me around Tomorrowland in Antwerp. I said, “Wait until you see my property in Georgia. You’ll be floored.” They came to CounterPoint and really enjoyed it. They started calling my place their second home.

Where do your own music sensibilities lie? I grew up a Beatles and Elvis fan. I didn’t know much about DJs, although I had heard about Armin van Buuren, a Dutch guy who launched this whatever-it-was-called before it became electronic dance music. He was at the forefront. As I got interested, I started hearing about Tiësto and David Guetta and Swedish House Mafia. And what’s his name, Afrojack. They make music and happiness. Tomorrowland is a place where youths from all over the world can share that. It’s the Olympic Games of the music world.

And when the DJs leave, you have horse shows? We organize twelve to thirteen equestrian events a year and have 240 permanent horse stalls. We do everything from dressage shows to jumping shows and a horse triathlon-type event.

At TomorrowWorld, will we see you dancing with glow sticks? [Laughs] You bet you will. We have a lot of friends coming, and we plan to have more fun than anybody.

This article originally appeared in our September issue. 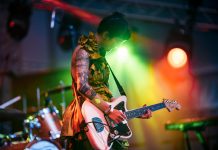 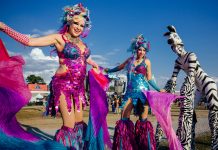 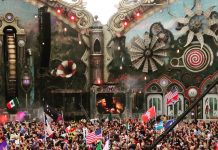 TomorrowWorld won’t be happening in 2016