Home News & Opinion Hollywood of the South Cheer up, Atlanta! At least we have a new Stranger Things trailer. 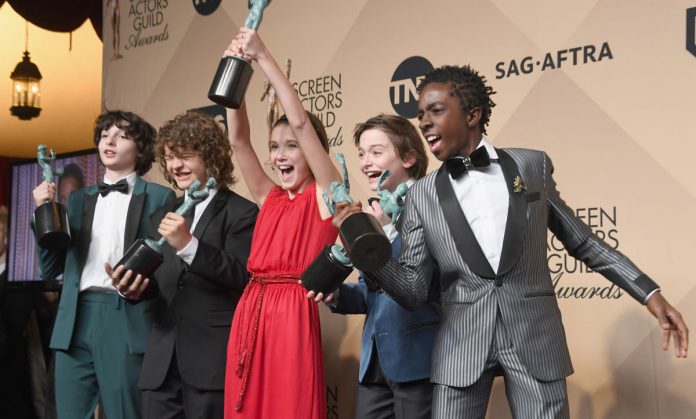 If you live in Atlanta, you might have noticed this morning felt quieter than usual, as Falcons fans slumped to work disappointed or hungover (or both). But while the Super Bowl didn’t deliver us a championship, it did provide one ray of sunshine—a new trailer for the second season of the Atlanta-filmed Netflix hit Stranger Things.

The thirty-second spot begins as a grainy, 1980’s “Leggo my Eggo” commercial (an instant clue that perhaps we haven’t seen the last of Eggo-stealing Eleven) before launching into another nostalgic image: the boys standing outside Hawkins Middle School, dressed as Ghostbusters. But the trailer leaned more heavily on the eerie than the quirky, ending with Will opening his front door to the sight of a blood-red sky and a massive, tentacled monster. (Side note: Did that thing remind anyone else of the Heptapods from Arrival?)

Best of all, we now have the premiere date for season two: Halloween. So keep an eye out for the cast as they finish filming this season, and maybe grab a pack or three of Eggos to tide you over for the next nine months. Hopefully, it’ll be worth the wait.