Donald Glover does it again. The nominations for the 69th annual Emmy Awards were announced today, and his FX series Atlanta picked up several, including Outstanding Comedy Series and Outstanding Lead Actor in a Comedy Series (for Glover).

Other nominations with Georgia ties: Archer picked up an Outstanding Animated Program nod; The Walking Dead earned a nod for Outstanding Prosthetic Makeup; and two GA-filmed movies, Dolly Parton’s Christmas of Many Colors: Circle of Love and The Immortal Life of Henrietta Lacks, were nominated for Outstanding Television Movie. Filmed-in-Atlanta MacGyver got a nomination for Outstanding Stunt Coordination. 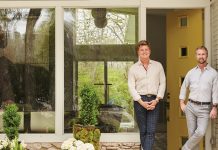