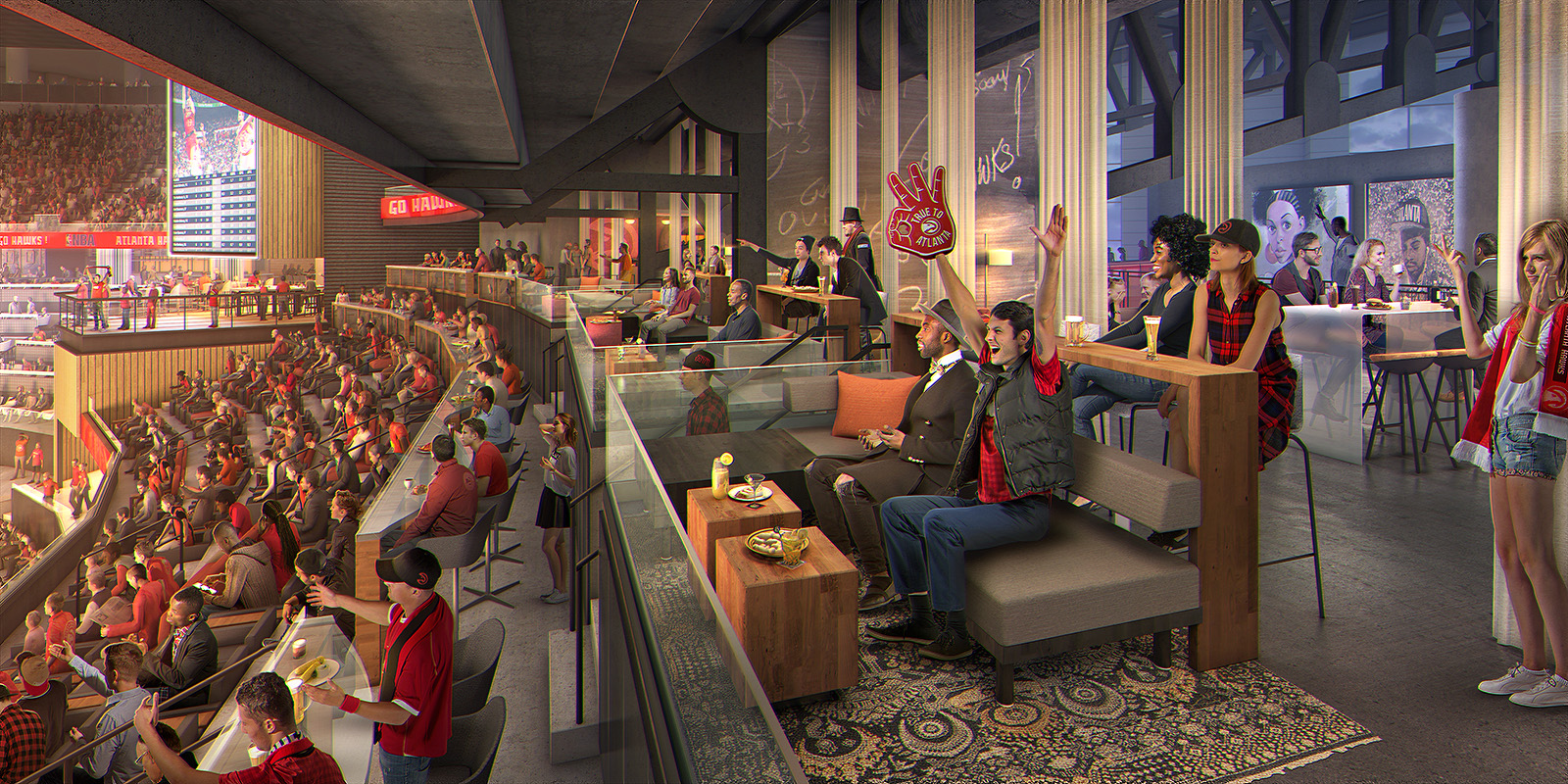 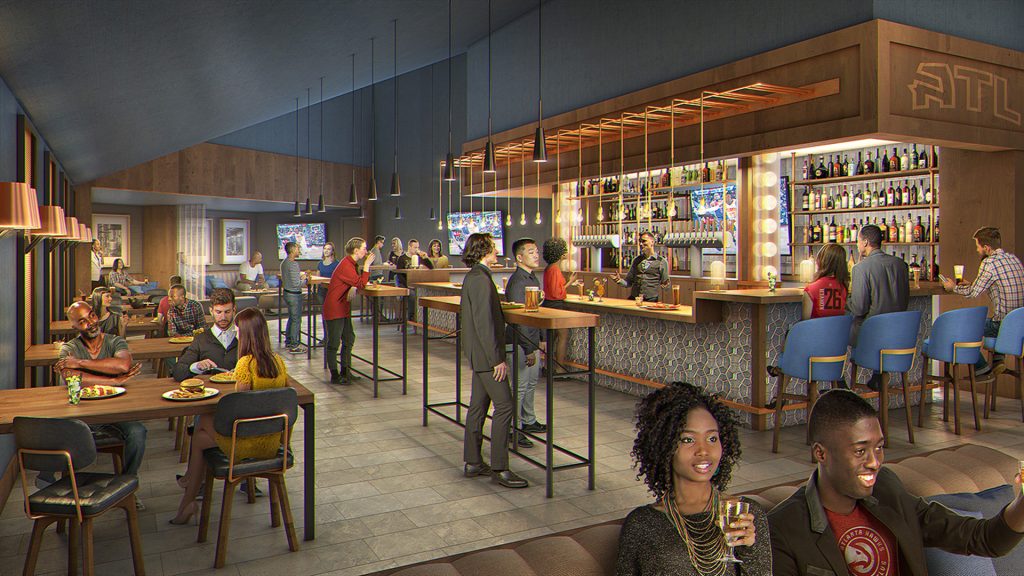 Also new are premium spaces and entertainment designed to encourage gathering with friends. Atlanta Social features plush couches and cabanas for lounging, and all-inclusive food and drinks. Chefs Club, curated by Schafer, is a supper club with all-inclusive food and drinks. And at the Players Club, you can high-five players as they run into the locker room and watch the postgame press conference. Get a group together and enjoy the Topgolf Swing Suite, the first located in a sports arena, or hang with a buddy while getting a shave or haircut at Killer Mike’s barbershop, The SWAG Shop. As the only barbershop in the NBA with direct sightlines into the arena, you can sit back and watch the action on the court from the comfort of your chair.