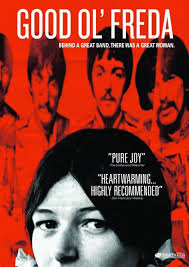 Since the doc’s debut here at the Atlanta Film Festival this year, the film has gone on to earn rave reviews in the New Yorker and The Hollywood Reporter and been written about in Billboard, Rolling Stone and the Los Angeles Times. Plus, an extras-loaded DVD is now available as well.

Oh, and White already has his encore in the can. And let’s just say that for the filmmaker, Santa is looking a lot like Robert Redford this year. White and Ben Cotner just received word that their documentary, The Case Against 8, will have its premiere at the Redford-founded Sundance Film Festival in Park City, Utah, next month. For years now, White and Cotner have had an all-access pass to film behind the scenes to shoot the legal team who argued to overturn California’s Proposition 8 banning gay marriage. The directors’ cameras captured the film’s finale last summer as the Supreme Court finally weighed in on the matter, ending the ban.
While The Case Against 8 was officially locked last week, the filmmakers are still are in the process of recording the score (at George Lucas’ Skywalker Ranch, by the way) and working on color correction and sound mixing. HBO will also air the film in 2014.

In an email to Atlanta magazine Wednesday afternoon, the ever-busy White wrote: “Ben and I are really excited about premiering The Case Against 8 in competition at Sundance. It should be the perfect place to premiere the film and start an open dialogue about all of the issues that are raised in the film.”