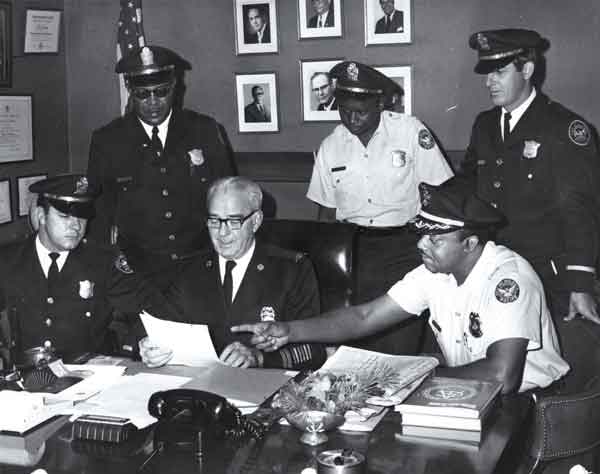 Yes, this third-generation law officer—a key broker in the relatively smooth integration of Atlanta’s buses, libraries, schools, shops, and restaurants and in keeping the peace after MLK’s assassination—began his career on the force by joining the Ku Klux Klan; membership almost came issued with a badge in the thirties. But soon after Mayor William Hartsfield named him chief, Jenkins busted up the KKK-infiltrated police union and hired the city’s first eight black officers. His smart, compassionate tactics won the respect of civil rights leaders and student activists over the record quarter century he was in charge. “I [am] one of the many persons he arrested,” said Carolyn Long Banks, the first black woman on Atlanta’s city council, at the dedication of the city’s Herbert T. Jenkins Police Academy in 1992. “It was Chief Jenkins who protected us—who made sure that even though we were determined to be arrested, that we were going to be arrested kindly and gently.”

Training Day Jenkins felt his scant rookie training cost him status in the community—so he opened the state’s first formal police academy in 1947.

The Commish Jenkins was the only Southerner on the Kerner Commission, convened in the mid-1960s to examine the causes of urban riots.

This article originally ran in the May 2011 issue