There are a few things we can predict about Wednesday’s 5th Democratic primary debate. Odds are Andrew Yang won’t be wearing a tie—it’s unclear whether he even owns one—and former Vice President Joe Biden’s phosphorescent white teeth will shimmer under the high-beams on stage at Tyler Perry’s massive new Southwest Atlanta movie studio. Starting at 9 p.m., the 10 leading Democratic presidential candidates will spar with one another and plug themselves as the best pick to succeed Donald Trump. Then, some of them will stick around town to court voters in the battleground state that’s been purpling for years.

Each of the candidates slated to take the stage Wednesday evening has of course been crusading for nationwide support ahead of the Iowa Caucus on February 3. And while all of their public schedules show extensive phone-banking and canvassing efforts in Iowa, this week it’s clear that many of them are vying not just for Primary election backing in Georgia, but also for the metro region’s influential black vote. The current Iowa frontrunner, South Bend Mayor Pete Buttigieg, for instance, got an early start campaigning in the city on Monday, when he spoke to a crowd of about 250 at Morehouse. So did U.S. Senator Amy Klobuchar, who spoke at the Hammonds House Museum in West End. And Yang, no stranger to shooting some pre-debate hoops, joined Atlanta Hawks legend Dominique Wilkins on the court Monday.

Debate watch parties organized by the candidates’ campaigns and grassroots supporters will abound on Wednesday, but if you want a chance to see some of these presidential hopefuls in person, this week could be your best bet.

The following list is the result of repeated outreach efforts to each of the campaigns and also includes the events advertised on the respective candidates’ official websites. This post will be updated to reflect any scheduling changes and/or to include events later shared by the campaigns.

*Booker, Buttigieg, and Yang have also enlisted for some phone-banking on Thursday at Ebenezer Baptist Church with former Georgia House Minority Leader Stacey Abrams, according to the Atlanta Journal-Constitution. 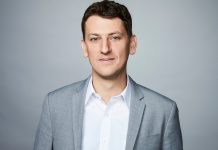 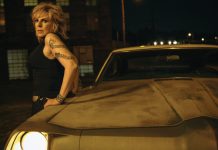