1. His national poll numbers are in free-fall (Click here and look for the red line).

2. He cancelled a meeting with a New Hampshire newspaper editorial board because he didn’t want more video evidence of his policy ignornance. Hiding from the press isn’t always a bad idea (it helped Sarah Palin earn millions since 2008), but when your entire campaign is based on being perceived as candid and self-confident, you self-inflict a major wound when you announce to the world that you’re intimidated by a local newspaper’s Flip camera.

3. National political journalists have begun publishing “Is Cain’s campaign over” articles. Political journalists move in packs. If two more prominent publications run Cain Campaign Deathwatch stories in the next couple days, it can quickly become a self-fulfilling prophecy. At this point, Cain’s campaign is still a media phenomenon. He doesn’t have a traditional campaign infrastructure yet. When the same news media that treated him like a new sensation two weeks ago starts treating him like a loser and a has-been, he’s going to quickly fade away.

I, for one, hope Cain manages to recover from his recent major missteps. If he quickly fades into Santorum-like obscurity, what the heck am I supposed to blog about? 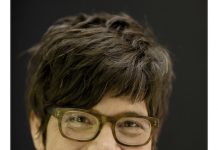