For those feeling inspired by stories in this package and drafting their resignation letters, a cruel dose of reality from the Harvard Business Review: “If you’re launching a business, the odds are against you: Two-thirds of startups never show a positive return.” Striking startup gold is incredibly rare, but it does happen. Here are a few much-hyped startups and their (sometimes short) journeys, alongside onetime Atlanta darling Mailchimp.

2000: Ben Chestnut and Dan Kurzius, freshly laid off, start working together on a web-design business.

2001: Mailchimp is founded as a side hustle. Won’t shift focus to email marketing for another five years.

2009: After years of trying to not go out of business, Mailchimp hits paydirt with “freemium” model.

2011: Ends the year with more than a million customers and more than 100 employees.

2013: Founders turn down a billion-dollar buyout. (This move proves to be worth about $11 billion.)

2017: Expands into social media ads, is named Inc. magazine’s “Company of the Year.”

2021: Hits 1,200 employees, none of whom have equity when Intuit buys the company for $12 billion. It’s the largest sale of a self-funded tech company in history and makes Chestnut and Dan Kurzius two of America’s richest people. (Mailchimp says all employees will be paid stocks as well as bonuses totaling about $83,000 annually, per employee, for three years. Cool.)

2014: Founded by Marc Gorlin, who has the idea after tiles he’d ordered for a DIY home project shatter en route.

2015: Jokes about using Waffle House as a meeting place for drivers/users spur the driver network to expand.

2014: Headquartered in Buckhead with a $400 million valuation in spite of immediate and rampant cyberbullying.

2016: Number of users plummets by 76 percent over the course of a single year. Most employees are laid off.

2017: Cofounders Tyler Droll and Brooks Buffington shut the app down.

2021: Nashville-based team relaunches the app as “a fun place free of bullying, threats, and all sort of negativity.”

2009: Launches as a competitor to Groupon, except it’s mostly free to consumers. Turns a profit in its first year.

2014: Cofounder Michael Tavani exits the company as a shift toward e-commerce intensifies.

2015: Suffers major workforce cuts. Is in the process of formalizing a partnership with Amazon when it quietly dissolves.

Read More: This article is part of our January 2022 cover story, Entrepreneurship is changing. So are Atlanta’s entrepreneurs. 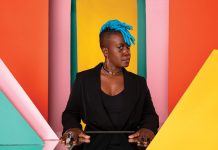