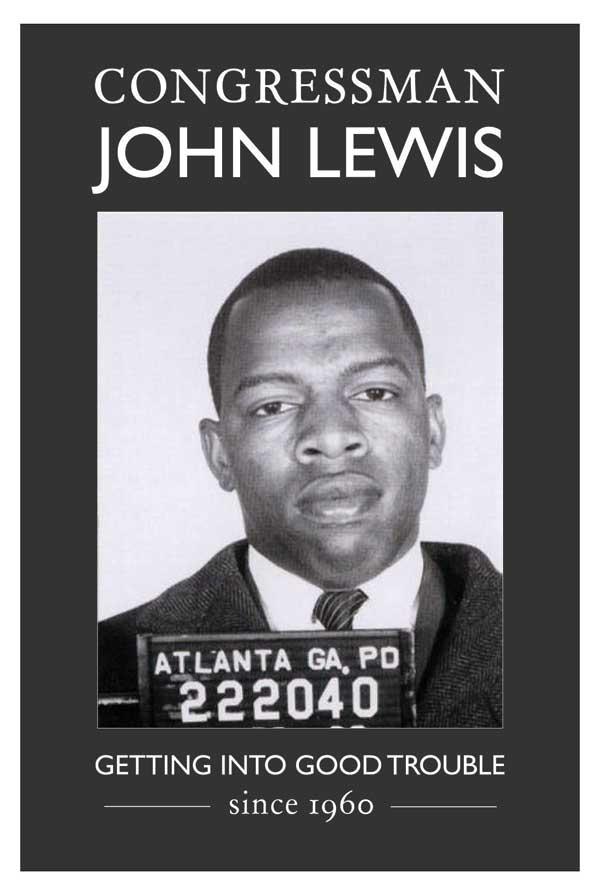 Most political campaigns would consider a candidate’s police mug shot something to keep out of the public eye. But John Lewis’s 2012 reelection staff decided to embrace the congressman’s civil disobedience record with merchandise featuring a photo from the activist’s 1963 arrest at an Atlanta Toddle House sit-in. With the tagline “Getting into good trouble since 1960,” the gear touts Lewis’s legacy as a civil rights leader, key player in the Freedom Rides, and colleague of Martin Luther King Jr.

The seventy-two-year-old representative of Georgia’s Fifth District has been arrested more than forty times, most recently at a 2009 Save Darfur Coalition protest rally in Washington, D.C. The mug-shot merch “serves to solidify a link for younger people between the civil rights movement and today,” says campaign communications director Beverly Isom.

The image also underscores the contrast between Lewis and challenger Michael Johnson, who as DeKalb, Fulton, and state prosecutor was putting people behind bars, rather than doing time in the name of civil rights. Lewis and Johnson face off in a primary vote July 31.