Home News & Opinion From the Magazine Love at first swipe: What dating apps tell us about Atlantans

February means Valentine’s Day, which means romance, which now means swiping right. We asked some of the most popular dating apps to share some Atlanta-centric trends. A few declined. (Sorry, Grindr fans.) But Tinder, OKCupid, and Bumble crunched some numbers for us.

#1
Atlanta saw the most increase in activity per Tinder member in the U.S. (Orlando took the no. 2 spot. Sound familiar, Atlanta United fans?)

Top Tinder terminology
Lit 🔥 🔥 🔥 🔥
Something that is beyond amazing

Tea 🍵 🍵 🍵
Juicy gossip you have to spill

Users in Atlanta who would like to discuss politics with their romantic partner
Male: 85%
Female: 84%

Users who think being in love doesn’t mean you have to get married
Male: 81%
Female: 77%

40%
Increase in number of Atlanta Bumble users since 2018

Bumble users in Atlanta sent 15% more messages per user compared to the rest of the U.S. 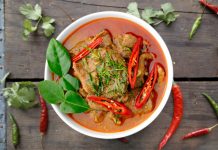