Home News & Opinion From the Magazine Meet the Other Mayors: Mario Avery, Fairburn

Mario Avery prides himself on being the first black mayor in Fairburn’s 160 years, and he stresses the importance of diversity in his administration. The Atlanta native unseated an incumbent of more than two decades in 2009 and has since led this South Fulton city of 13,000 (home to the Georgia Renaissance Festival) to stable financial ground. By day, he’s a compliance manager for Fulton County government. He earns $6,000 annually as mayor.

Growing appeal
We have a country feeling with a city atmosphere. My goal is to create an environment where our people can stop leaving the city to dine out on weekends.

On diversity
I don’t want an all-black council or an all-white council. It’s easy for me to address issues in all our different communities if I’ve got people who can relate to that on the council.

Home life
I’ve been married 10 years. I don’t have any children, but I’ve got beaucoup nieces and nephews.

Volatile position
I’m just trying to stay focused on what I can accomplish this term, because in this industry, stuff can turn on you in a minute. You can be up today and dog meat tomorrow. 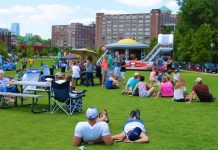