Ever since Beyoncé told black women to get in formation, America has been obsessed with Lemonade. Besides being the R&B powerhouse’s sixth solo album, it was also an hour-long film that premiered on HBO last April. The elaborate production features the singer in a variety of bold looks; poems by Somali writer Warshan Shire; celebrities such as  Quvenzhané Wallis and Serena Williams; and the mothers of Trayvon Martin, Michael Brown, and Eric Garner. The premiere received just shy of a million views and opened up a conversation about race, gender, class, and identity that the Museum of Design Atlanta hopes to continue well into the next year with the Lemonade Project.

The project kicks off tonight with a screening of Lemonade and a discussion, the first of 12 events that will take place at the Midtown design museum once a month through the next year. But the event series has been in the works ever since the album debuted, says MODA executive director Laura Flusche. “The MODA staff got a little obsessed with Lemonade when it came out,” she says. “We had been thinking a lot about world events, Black Lives Matter, and design as a tool for addressing challenges, and we were wondering what our place was in that? We started to talk more about Lemonade and using it to see contemporary issues through the lens of Beyoncé.”

Then last May, academic Candice Benbow created the Lemonade Syllabus, a guide to more than 200 resources, from films to feminist readings, that elaborate on the identity issues discussed in the album. Flusche presented the syllabus to MODA’s education coordinator Blair Banks, who knew she wanted to use it as a jumping-off point to create a space for discussion. “It’s hard in Atlanta to find people who just want to sit around and talk about race and gender,” Banks says. “This is about being able to create that space for people to tell their stories.”

Banks and Lab Atlanta faculty member Aretina Hamilton organized the 12 events. Tonight’s discussion will center on identity, “how Beyoncé identifies, how she uses Lemonade as a designed experience,” Banks says. The November discussion, “Birthing Ourselves,” focuses on reforming identity outside of societal expectations, where they’ll also discuss Beyoncé’s sister Solange’s latest album, A Seat at the Table. December’s event, titled “You Got A Right to Be Mad: Self Care and Womanhood,”  emphasizes pain and self-care. “We need to have an environment where people can come with their full selves,” Hamilton says. Some of the readings from Benbow’s syllabus will be integrated into the events. Although all of the sessions are free, attendees do need to register at museumofdesign.org. Currently all three events are sold-out but do have wait lists.

MODA hopes the project can continue beyond next year. “We’re talking about race, gender, classicism, and sexual identity. Those things aren’t going to end in 2017,” Banks says. “This is a conversation that has to keep going. If we all decide to be silent, things aren’t going to happen. We’re doing our part as a design museum of opening up our space and actually talking about these topics that affect people on daily basis.” 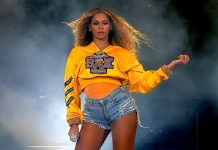 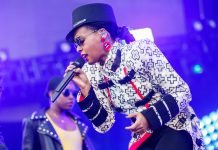 Your ultimate guide to concerts in Atlanta: Summer 2018 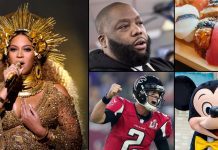