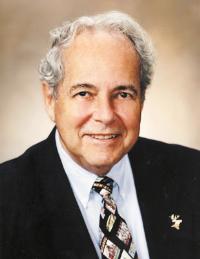 Last Tuesday night, huddled behind the steering wheel in an overcoat, gloves and a hat, Buckhead Coalition president Sam Massell was gridlocked on Atlanta’s main artery, stuck in the slush with the rest of us. As his usual 16-minute Buckhead commute down Peachtree Road slid into an hour, Massell, 86, had time to reflect on half a century of metro Atlanta’s mass transit maladies.

Just as Shirley Franklin has embraced her legacy as Atlanta’s sewer mayor for finally tackling the crisis of our crumbling sewer system during her eight-year administration, Sam Massell might be our MARTA mayor. He was on the job as Atlantans voted in the brand new mass transit system in 1971 and when the first buses were purchased in 1972.

For 50 years, first as the city’s eight-year Board of Aldermen president (now Atlanta City Council) and then as Atlanta’s mayor from 1970 to 1974, Massell has observed as metro Atlantans repeatedly snub the solution of public transit, to our peril. Massell has been a political and business leader in Atlanta since the Georgia General Assembly first voted to create MARTA in 1965 and lauded its original mission to connect Fulton, DeKalb, Clayton, Cobb and Gwinnett counties. But in 1968, voters declined to pay for the new mass transit system through property taxes. In 1971, with chalkboard and chalk in hand, Massell came back to voters — neighborhood by neighborhood — with an idea to fund MARTA via a sales tax. Ultimately, residents in Cobb, Clayton and Gwinnett voted to keep MARTA out while the City of Atlanta, Fulton and DeKalb counties opted in.

“MARTA was truly a saving grace last week and we should be thankful for it,” Massell tells Atlanta magazine in an exclusive interview. “MARTA’s rail service was moving. Not as fast and not on the same schedule as normal, but it was moving. It was a beacon of light. If you could get to the rail station, you could get from one end of Atlanta to the other. That was very beneficial to a lot of people.”

The irony of the original “white flight” suburbanites who voted down MARTA in 1971 and those, a generation later, who rejected 2012’s T-SPLOST being among those trapped the longest on last week’s interstate ice rink isn’t lost on Massell. “Back in 1971, Atlanta, Fulton and DeKalb got on board but those surrounding jurisdictions rejected the referendum to expand MARTA [into Gwinnett, Cobb and Clayton counties],” Massell reflects. “By now, of course, they would have enjoyed connecting rail service from their place of work to their homes in an event like this. But they rejected it. And sadly, T-SPLOST was rejected in 2012 as well. We wouldn’t have had it in service by now but it would have been a working solution for future problems.”

If Massell could hop into that mystical Back to the Future DeLorean and go back to 1971 as Atlanta magazine contributing editor and longtime Atlanta traffic reporter Doug Monroe suggested in his 2012 piece “Where It All Went Wrong,” what would he do differently? “Well, we passed it in Atlanta and in Fulton and DeKalb back in 1971,” responds Massell. “We’ll take the blame when we’re responsible. But that question really needs to be addressed to the mayors of those outlying cities who were running things in 1971. They could have persuaded their constituents to support the initiative. As Mayor Reed pointed out last week, the city of Atlanta and metro Atlanta are two different things. We all need to demonstrate leadership and represent our constituents well and responsibly, whether you’re the mayor of Alpharetta, the mayor of Sandy Springs, or the mayor of Atlanta. Look, the bottom line on this story is this: When will we learn? When will we learn? We’ve got the same God today as we had then. Mother Nature is the same decade after decade. We have storms that occur that cripple our city. It’s very costly to commerce and the economy and dangerous for the life and limb of our residents. It’s a situation we need to address. It’s time to say ‘Never again.’”

In his long view of our transit woes, Massell sees one consistent trend that requires remedying. “In 1968, when Ivan Allen was mayor, we held a referendum on MARTA [to finance the transit system through property taxes] and it failed,” he recalls. “The reason it failed, in my opinion, was because the public had not been brought into the process. We didn’t ask the public for its input. The public needed to be an active participant. The business community was there 100 percent, and the money was there 100 percent. But without the public, it failed. When we changed that and sought public input, it passed in 1971 in Fulton, DeKalb and the City of Atlanta. I went around neighborhoods with chalk and a chalkboard and did the math for people in an effort to show them how it would work. But then we went and did the same thing again with T-SPLOST. We forgot to include the public in the discussion. And it failed. It’s time we had a serious approach to public transportation and the future of our mobility. The public is a critical part of this equation.”

With a blizzard of weather-related articles on his desk, Massell has not yet read AJC editor Kevin Riley’s editorial published on Saturday. The piece invoked the name of late Coca-Cola president Robert Woodruff and called on the city’s new generation of business people to lead as steadfastly as Woodruff did as an architect of Atlanta’s growth. “I’m willing to step up to the plate,” says Massell. “We have 100 of the city’s most influential business leaders on our Buckhead Coalition letterhead and they all put their money where their mouths are. We take the initiative, and we’re proud of it. We’ll be happy to do our part to address the issue. We all need to assist Atlanta in the rebuilding of its image.”