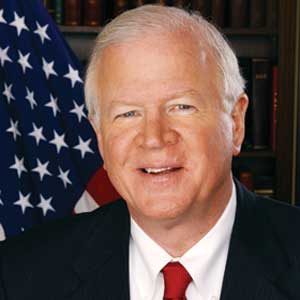 Talk about getting off to a great start at a new job. John Silvanus Wilson Jr. was three weeks into his gig as Morehouse College president when he got a call from the White House: President Obama was interested in delivering the 2013 commencement address. Wilson, as one would imagine, was interested in return. (And perhaps not completely surprised; before taking the Morehouse job, he headed a White House initiative on historically black colleges and universities.)

The prospect of having such a big man on campus has fueled excitement about graduation. “We have 10,000 people at our commencement, and this year every one of those 10,000 seats will have to have a ticket,” says Elise Durham, Morehouse spokesperson. Obama’s Morehouse appearance will mark the first time a sitting U.S. president has delivered a commencement speech in Georgia since FDR’s 1938 talk at the University of Georgia’s summer ceremony. (In 2011 First Lady Michelle Obama addressed Morehouse’s all-female counterpart, Spelman.)

At press time, schools were still finalizing plans, but it will be hard to top Morehouse for star power. Up the road in Athens, UGA grads will hear from the other side of the partisan divide, as Senator Saxby Chambliss (class of 1966) does the honors. At Tech, the tone will be business, not politics, thanks to Southern Company CEO Tom Fanning, who earned bachelor’s and master’s degrees at the school on North Avenue. A more curious booking is Rita Dove, who will address Emory’s class of 2013. Dove is a Pulitzer Prize–winning former U.S. poet laureate. Impressive, but Emory’s faculty includes current poet laureate Natasha Trethewey, who has a Pulitzer of her own.