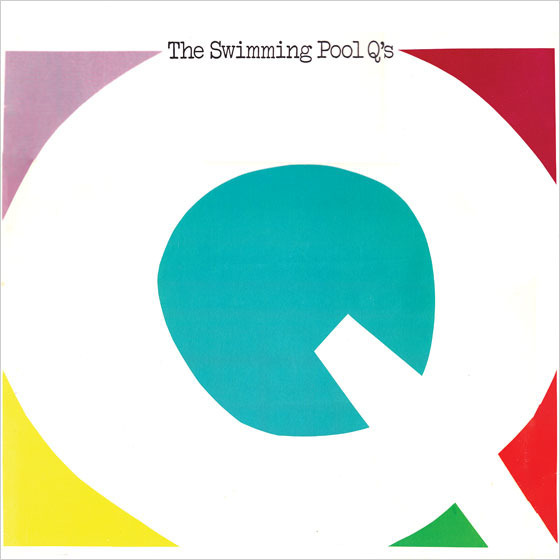 Late Tuesday night and a full two weeks ahead of schedule, legendary Atlanta rock act The Swimming Pool Q’s emailed a special thank you to fans who have now donated a total of $15,602 to fund the release of the band’s long out of print A&M albums. Released in 1984 and 1986 respectively, “The Swimming Pool Q’s” and the follow up album, “Blue Tomorrow” were only ever distributed on vinyl and cassette when originally issued. The band has worked for years to convince its former label to transfer rights in order for the albums to enter the digital age.

Thanks to 197 Kickstarter backers, the band can do just that this fall via a brand-new double CD of both albums. In the email  sent to supporters Tuesday night, the band wrote: “We are immensely grateful and very excited the project will be realized. We’re also excited we have over two weeks remaining. As a special thank you, we are going to send every backer a digital download of the new Q’s track ‘Science Moon’ from our current recording sessions. This won’t be available anywhere else for a while so this is truly an exclusive thanks.” The band started the fundraising campaign last month.

And since the band has 18 additional days remaining on its Kickstarter campaign, they’ve pledged an additional gift to fans if they reach $20,000 in funding by Oct.8: The first Swimming Pool Q’s rock T-shirt produced in this millennium, featuring the band’s iconic “Q” logo as designed by Q’s vocalist Anne Richmond Boston, who (in between stints as a rock goddess) is also a gifted graphic artist.

The Q’s inform backers that the CD packaging production is already underway and are awaiting final assembly for delivery  scheduled for sometime next month. In exchange to generous support from fans, the band will be dining together with supporters at two separate Olive Garden Italian dinners (the reward at the $900 level) and will be playing one private show for a fan supporting the effort at the top-tier $2,500 level.

For the band’s younger fans, the notion that these iconic albums were never issued on CD or made available digitally is a head scratcher so we asked Q’s guru Jeff Calder to take us all back to the magical era of Ronald Reagan and disgruntled fast food hamburger consumer Clara Peller screeching “Where’s the beef?!” for a musical history lesson.

“At the time we did the first record in ’84, the prospect of getting a CD issued was remote,” Calder explains. “In 1984, the only groups getting CDs were top-selling artists and European artists. By 1986 when ‘Blue Tomorrow’ came out, we were right at the point where everybody was getting a CD but not quite. We just didn’t get one. And that record in particular could have really benefited from a CD issue since it was such a sophisticated record, thanks to the production by [U.K.producer] Mike Howlett.”

Many of the fans who have pledged $29 and up, will also receive a bonus disc containing outtakes from the 1980s recording sessions, including a never-before-heard country and western version of  “The Swimming Pool Q’s” side one lead off track “The Bells Ring,” a favorite of college radio DJs back when Sony Walkmans roamed the earth.

“After the record came out, we had a deal with A&M’s publishing wing and they had a branch in Nashville,” explains Calder. “And with ‘The Bells Ring’ with that opening line about ‘The night turns green in a Trailways bus’ and all that, I thought, ‘Let’s make a country demo of that and take it to Nashville.’ Clearly, I didn’t know what I was doing. I took it to Nashville they listened to it and then this very sweet woman told me, ‘Jeff, it’s a perfectly nice song but there’s just not enough furniture in it for country music.’ To this day, I have no idea if she meant there literally wasn’t enough furniture referenced in the lyrics or if that was some kind of insidery Nashville lingo I had never been exposed to! I even asked Kristian Bush from Sugarland recently since he’s a guy who knows all about that stuff. He tried to explain it to me and I still don’t get it. So that was the official end of the country demo for ‘The Bells Ring.’ But Anne sounds great on it and we’re excited that people will finally get to hear it. Just don’t go in expecting to hear an ottoman or anything.”