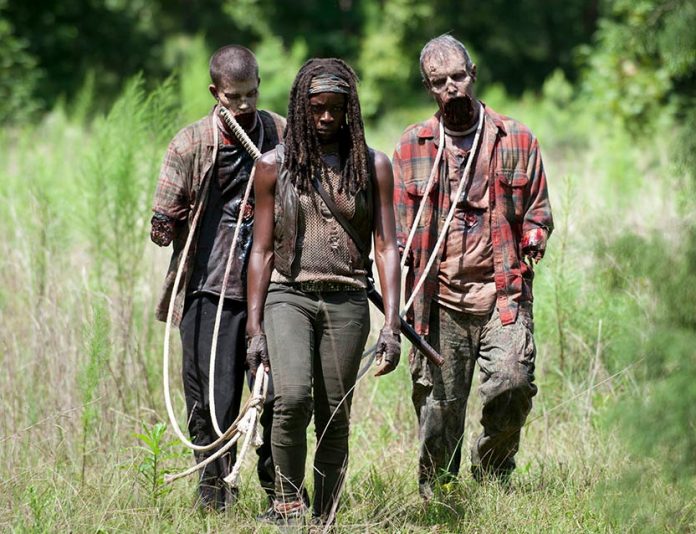 Editor’s Note: Don’t get us wrong, we are as obsessive as any TWD fans. But let others pontificate at length. In our view, the show’s narrative conflict is so essential—living vs. undead, civility vs. anarchy, prey vs. predator—that it demands to be distilled in the purest form possible. What better serves that purpose than haiku?

And yes, they may be a little cryptic, but this recap does contain a few seventeen-syllable spoilers.

The Carl and Michonne
Go walkabout episode.
Where’s everyone else?

Teenage rebellion.
Carl’s at that moody life stage.
He bitches at Rick.

Carl needs a haircut
Is too big for his britches
Has to grow up fast.

Carl kills three walkers.
“I can take care of myself,”
He tells passed out Rick.

A close call for Carl.
A fast zombie got his shoe
But didn’t get him.

Pudding on the roof.
Carl celebrates victory.
Life is looking up.

Michonne lashes out
Slays a big horde of walkers
Can’t kill her own pain.

After adventures
And flights of independence
Carl needs his daddy.

By end of the show
Carl, Michonne, and Rick unite.
Tough little trio.