Home News & Opinion From the Magazine We billed this city: $1,825 for pizza and other curious findings from...

When the Federal Bureau of Investigation began probing City of Atlanta officials after concerns of bribery schemes, local leaders and residents called for more transparency surrounding how City Hall officials spend hundreds of millions of public dollars each year. In September, Mayor Keisha Lance Bottoms created Open Checkbook, an online tool—unfortunately named in light of the corruption scandal—that allows the public to monitor more than $2 billion in city spending between July 2016 until July 2018. Updated quarterly, Open Checkbook also allows anyone with free time and curiosity to find some interesting, weird, or downright questionable expenses. Here are some we discovered:

amount spent by City Hall on postage and related expenses

amount spent by the Department of Watershed, which makes sure taps don’t run dry and leads the $1 billion plan to retrofit Atlanta’s antiquated sewer system

amount spent by the Department of Aviation, which oversees Hartsfield-Jackson International Airport

amount paid to PC/Russell, a joint venture that works on the city’s water system repairs

amount billed by Councilwoman Cleta Winslow, on top of her $60,000 salary, for unspecified reimbursements. Winslow did not respond to Atlanta’s questions about the expenses. 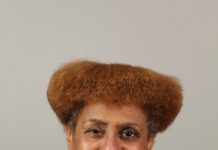 Will District 4’s loyalty to Cleta Winslow save her from a runoff for her Atlanta City Council seat? 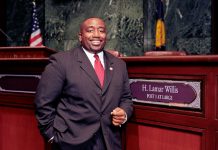