Last year was a big year for Weird Al Yankovic: His album Mandatory Fun became his highest-charting release ever, reaching number one on the Billboard charts and winning a Grammy for best comedy album. He unleashed a string of music videos that racked up millions of views online. And nearly 130,000 fans signed a Change.org petition for him to play the Super Bowl halftime show. We recently chatted with the singer, whose Mandatory World Tour hits Chastain Park Amphitheater this month:

Were you bummed not to play the Super Bowl?
I was a little relieved, frankly. Certainly if I’d been asked to play, that’s not the kind of thing that you turn down, but at the same time, I would have had nonstop diarrhea until the actual performance. But I don’t think I’m exactly [the NFL’s] cup of tea.

Where do you get your ideas for song parodies?
Usually, it starts with a song, and then I’ll think about what would work and what has the most comedic potential. Every now and then, I’ll reverse engineer it. For example, I knew I wanted to do [a parody] about the Star Wars prequel, but I didn’t know what song I wanted to pair it with. Eventually, I decided on Don McLean’s “American Pie.” (Sample lyric: “Oh my my, this here Anakin guy/ Maybe Vader someday later, now he’s just a small fry.”)

You recently joined several kids with autism in a version of “Yoda” for Night of Too Many Stars. How did that come about?
[Comedian and writer] Robert Smigel, who’s in charge of putting that benefit together, contacted me and asked if I’d like to perform with [autistic singer] Jodi DiPiazza. A little bit of me was thinking: Are you sure you want to do this tear-jerking performance with me rather than someone more serious? But it wound up being pretty amazing.

I have to ask: What’s the secret to your incredible curly hair?
I really don’t do anything special. Everybody wants what they don’t have, so in high school, I always wanted straight hair. But I’ve come to embrace my curls.

Your fans are a pretty devoted bunch. Do they dress up for your shows?
I definitely see a lot of Hawaiian shirts or [costumes] from the various characters I’ve played in music videos over the years. It gives them an excuse to let their weird flag fly.

This article originally appeared in our June 2015 issue.
Advertisement 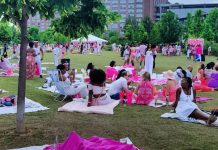 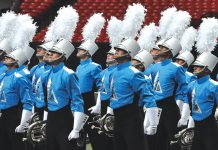 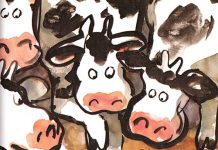