Home News & Opinion Who should buy the Atlanta Hawks?

Lost amid the (completely justified) furor over Bruce Levenson’s internal email complaining about the demographics of attendances at Hawks games fans is the announcement that, after disclosing the email, Levenson has suddenly announced that the team is now for sale. That got us thinking about possible suitors. Our wish list:

2.  Arthur Blank: His Falcons are known to have one of the most diverse fan bases in the NFL. Plus: He would find a way to replace the city’s soon-to-be oldest venue (the ancient 15-year-old Philips Arena) without moving the Hawks to Alpharetta.

4. Outkast: Atlanta’s hip-hop royalty could one-up Jay Z’s short-lived minority interest in the Brooklyn Nets by going all in on the hometown hoops team. Just imagine uniforms redesigned by Andre 3000. 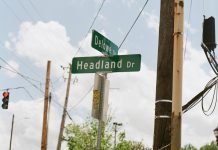