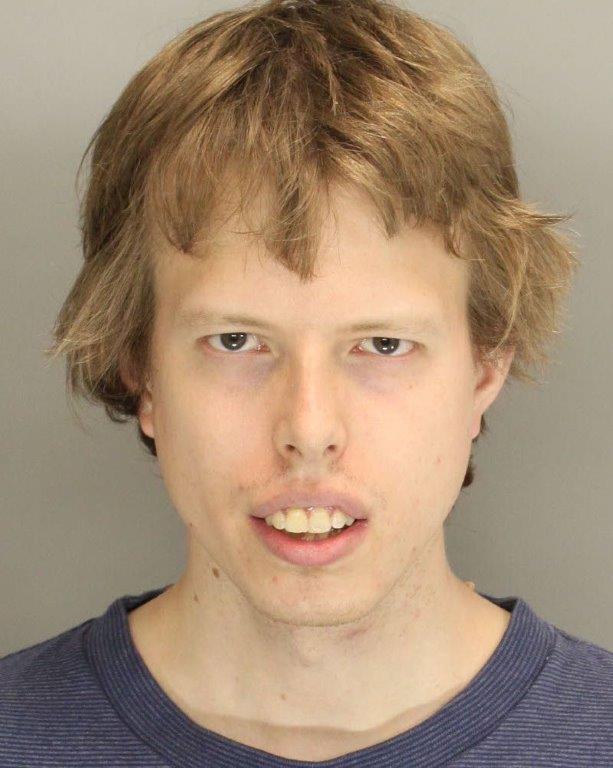 A mentally ill Smyrna man has been sitting in Cobb County jail for nineteen months without bond for essentially mailing legal papers to a junior-high crush he hadn’t seen for almost fifteen years.

And even though a Cobb County Superior Court judge dismissed his indictment on the charge of aggravated stalking three weeks ago, thirty-four-year-old Michael Lake is still awaiting his day in court. “My fear is that Michael has not been afforded the protections he is entitled to as an American citizen,” says Cynthia Counts, a prominent Atlanta first amendment attorney who has taken an interest in the case. “I think the justice system has somehow failed him here. And if it can happen to him, it could happen to anyone.”

The story begins almost twenty years ago at a junior high school in Skowhegan, Maine. There, Lake was a young math prodigy—a label that came with certain social drawbacks. “He was tall, skinny, wore glasses, and too smart,” says his mother, Mary Lake. “He got picked on a lot.” Then one day in eighth-grade algebra, Leslie, the cute girl who sat next to Lake said “hi.” “I would just say ‘hi’ everyday, just being cordial,” says Leslie. The two lived in separate towns, never saw or spoke to one another outside of class. But at the end of the year, Lake asked Leslie to sign his yearbook, which she did: Mike, I only know you from algebra, but you seem like a good guy. Have a great summer. Your friend, Leslie.

According to Leslie, that’s when Lake’s obsession began. She says Lake would follow her around the halls of the school (never outside of the building). During the summers, he would call her house to ask her to lunch. She told him to stop calling. Then, she says, his mother would call telling her he wouldn’t come out of his room, imploring her to be his friend. (Mary Lake denies this.) Finally, Leslie claims, during their senior year, Lake allegedly submitted a note to the yearbook staff threatening to blow up the school if she didn’t marry him by the end of the year. She says that her mother took out a restraining order against Lake on her daughter’s behalf. (Lake’s mother acknowledges the restraining order, but she vehemently denies any threats, and the Skowhegan Police Department was unable to locate any records of the incident; Lake’s attorney, Kevin Rodgers, declined to comment for this story).

Then things went quiet. Leslie went off to college in Pennsylvania without announcing it in the local paper, essentially disconnecting with most of her high school friends. “I was in my own little witness relocation program,” she says. Meanwhile, Lake attended school in Maine where he fell into depression, says his mother, mostly over Leslie. He was having panic attacks, difficulty concentrating, and an odd fear of telephones, because Leslie had told him to leave her alone over the phone. He sought evaluations from counselors at several institutions, and, according to court documents, came away with a diagnosis of “overvalued ideation”—a subcategory of Obsessive Compulsive Disorder in which the person does not recognize their obsession. Still, over the next decade, through several schools, Lake managed to get a degree in computer information systems.

By 2006, Leslie had moved to Atlanta with a boyfriend, whom she planned to marry that year. When he learned of the impending wedding through a friend, Lake reached out to Leslie for the first time in a decade, through her MySpace page, urging her not to do it. She did not respond. “I just deleted my MySpace,” she says. “I was hoping it would just go away.” Instead, Lake moved to Atlanta.

Despite his proximity, there’s no evidence that Lake ever attempted to visit Leslie. He did, however, send her a handful of direct (and unanswered) emails. He set up a website, where, in 2008, he posted a petition for Leslie to: live up to her promise and accept Michael as a friend, and, for the first time in fourteen years, treat him like a human being.

In 2011 Leslie and her husband divorced. Lake reached out to Leslie again, but this time through LinkedIn, saying he would be at the Mellow Mushroom restaurant near his college every Saturday and he hoped that she would meet him there. Now knowing that Lake wasn’t going to go away, Leslie responded for the first time since high school, asking him to stop, to move on, and, please, not to write back.

Of course he did. And on October 18, 2011, Leslie was granted a temporary protection order in Cobb County Superior Court. At the initial hearing, Lake suffered a panic attack and hyperventilated while trying to defend himself. Then, acting as his own attorney, Lake mailed to Leslie a copy of his appeal of the protective order along with copies of emails and blogposts about Leslie and resources to help her with what he characterized as her “paranoia.”

That mailing, along with two posts he made on his website are cited on the warrant for Lake’s arrest, executed on November 28, 2011 at his Smyrna apartment. But the indictment rests solely on the grounds that mailing that package violated the protection order. Two weeks shy of finals at Kennesaw State University where the thirty-two-year-old was seeking a degree in mathematics, he was denied bond because Cobb Superior Court Judge S. Lark Ingram felt he posed a “significant risk of contacting or intimidating the witness”—the reason repeated after five subsequent failed requests for bail.

In May 2012, the court ordered Lake to undergo a psychiatric evaluation, through which he was deemed unfit to stand trial due to “irrational, tangential, and perseverative thinking and his impaired reality testing . . . because Mr. Lake’s deficits are due to mental illness, he will need psychiatric and mental health treatment.”

Lake sat in Cobb County jail for a year with little movement on his case. Then, according to attorney Counts, in October 2012, prosecutors approached him with a deal: He could plead to a misdemeanor and walk with two years probation. He refused. In November, a second psychiatric evaluation cleared him to stand trial. In December, again, the state approached him with another deal, and Lake was adamant that he would not admit guilt. Finally, in February, Lake’s newest court-appointed attorney filed a motion to dismiss the charges. But it wasn’t until June 14, 2013, that Judge Ingram granted the dismissal, throwing out the indictment.

And yet, Lake is still not free. Why not? Because his arrest warrant is still in effect, according to Charles Boring, a Cobb County assistant district attorney, and Judge Ingram’s office. The court has given Boring until July 18 to evaluate what’s left of the prosecution’s case and decide whether they want to re-indict Lake or drop charges altogether. And although he says he can’t go into specifics while the case is still pending, Boring says, “there are concerns about the defendant. That’s why we’ve appealed bond so vehemently. There’s a reason he’s been in jail.”

Counts suspects the real reasons. “You don’t use the justice system to deal with fears of future conduct due to mental illness,” she says. ”In (Leslie’s) mind, he’s distasteful, and that’s not a basis to lock someone up—especially for nineteen months. So Michael remains in jail to this day over words and a love that, although misguided, has violated no law.”

For her part, Leslie says she wishes Lake no harm. And while she is still fearful for her safety, she doesn’t want Lake to spend the rest of his life in jail. She just wants for him to get the psychiatric help he needs—and to move on without her. “I’m genuinely afraid of this person,” she says. “I don’t know what he’s capable of.”

Lake’s mother does. Mary Lake acknowledges her son’s mental problems, but believes he can overcome them with the right treatment. Still, Mary Lake sees her son’s primary malady as a “heart problem.”

“He fell in love and didn’t seem to be able to get over it,” Mary Lake says. “The girl of his dreams became a nightmare.”

Note: This story has been updated to correct Lake’s age and to clarify the location of the Mellow Mushroom restaurant.