Last Friday evening the Captain Planet Foundation held its annual gala at the Intercontinental Hotel in Buckhead, where attendees noticed unusual stems sticking out from the flower vases at their dining tables. The environmentally-focused charity (founded by Ted Turner and named after the TV superhero cartoon series he and Barbara Pyle created for TBS in the early 1990s) had sneakily planted stainless steel drinking straws into the centerpieces as a hint to quit sucking through the plastic ones, a shocking 500 million of which are used and discarded daily in the United States alone.

Anyone who has dined at Ted’s Montana Grill is familiar with Turner’s corn-starched to-go-cups and paper straws; the chain helped revive the paper straw industry and tries to avoid all plastics, which pollute beaches and fill the “Great Pacific Garbage Patch” that is now three times the size of France. But you might not know that Entourage star Adrian Grenier has collaborated with CPF on the Ocean Heroes Bootcamp youth summit to curb marine litter. The actor and musician was honored recently at the United Nations in New York for his work as a UN Ambassador and at his own nonprofit, Lonely Whale, and before being honored as a “Superhero for Earth” at the CPF gala on December 7, he told Atlanta magazine how wary he is of being just “another celebrity activist.”

“There’s a top-down hierarchy [to celebrity activism] which can alienate people and make them disengage,” Grenier says. “We all have to participate a little bit to make the world a better place. A blob [floating around in the ocean] might feel foreign or outside of ourselves, but when we recognize that the world is genuinely connected to our individual lifestyles, we no longer have to look to celebrities to ‘save us’ or to other organizations to do all the work for us. We, on a daily and choice-to-choice basis in our lives, can affect the entire planet.”

Grenier says one of the easiest choices to make is to stop using plastic straws, and kids such as Atlanta’s Hannah Testa and 10-year-old Nevadan Robbie Bond, the latter of whom spoke at the CPF gala and attended the Bootcamp last summer, are approaching school districts, airlines, and businesses across the country to encourage the discontinuation of plastic products.

“Up until I went [to the Ocean Heroes Bootcamp], I had never met other people [my age] with the same goals as me,” says Bond, who founded Kids Speak For Parks and was scheduled to meet with his county’s entire school board this month about climate change and plastic reduction. “It’s where I learned about the five gyres, the currents underwater that spin around and trap garbage,” he says.

Cities and corporations are listening to kids’ concerns: Alaska Airlines got rid of straws after a request from a Girl Scout; Seattle and Miami Beach have banned plastic straws while Malibu encourages the use of boba noodles for sipping; Starbucks plans to phase out plastic straws nationwide by 2020; and McDonald’s will reportedly remove them from its stores in Ireland and the U.K. in 2019.

From art to commerce, Atlantans and local businesses are also doing their part in the reduction of plastics. In addition to strides by Ted’s Montana Grill, Delta, Kroger, and the Georgia Restaurant Association, which pledges to reduce or replace plastic straws and grocery bags with reusable options, some intown and metro area restaurants such as Bon Ton and Meehan’s are already using paper, stainless steel, or silicone straws as replacements.

Grenier believes stainless steel straws could be a 21st-century status symbol—a far healthier version of the 1950s sterling silver cigarette holders which were glamorized in movies. When asked if Santa should bring kids paper straws this Christmas, Bond replies, “I already have them.”

Where to find straw alternatives in Atlanta
Straws make great stocking stuffers, and unique varieties such as hay, glass, enamel, pasta, and even copper are all the rage this holiday season at stores and websites ranging from Tiffany’s and Target to Swoozie’s. Many sets are under $15. Staples carries silver-foil paper straws with the Atlanta Falcons logo; Party City sells paper straws in more than a dozen colorways; and Bed, Bath, and Beyond, Walmart, Urban Outfitters, and REI are all good bets for affordable reusable straw finds. 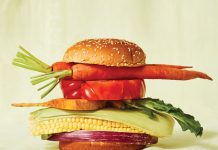