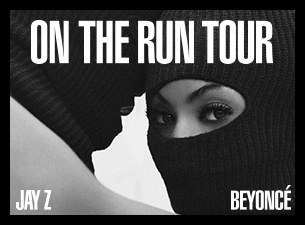 Jay Z and Beyoncé’s On the Run tour stops in Atlanta tonight. The power couple’s gig at the Dome is sold out, and officials are projecting hordes of fans to make their way Downtown, where folks are still a bit jittery what with this weekend’s car show stampede. The already problematic traffic conditions at the Dome will be worse because of construction underway for the new Falcons stadium.

Atlanta wouldn’t be the first stop on the tour to face major traffic jams. The tour opened in Miami in June, starting an hour behind the scheduled time due to traffic. During the delay, some fans took to social media, capturing the seemingly endless rows of cars, while others ditched their cars and walked the rest of the way to Sun Life Stadium. Here’s a recreation of that experience from Vulture.

Bracing for crowds, the staff at the Dome issued an advisory on Friday that stated:

Fans attending Tuesday night’s concert should know that a lot has changed from their previous trips to the Dome:

The Dome officials recommend taking MARTA or buying advance parking passes and heading to the show early. Perhaps with those scenes of Miami (or abandoned cars on the Connector during January’s snow storm?) in mind, the advisory also stated:

Please be a good neighbor to all of our friends who live near the Dome, parking is at a premium on event days and sometimes a spot is impossible to find. Do not park in unauthorized areas in the local neighborhoods or you risk being ticketed and/or towed.

Click here for details on getting to the Dome and an interactive map.