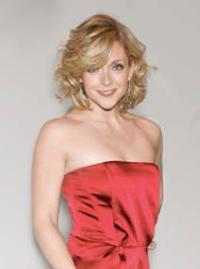 Stephanie Blank has a secret. No, not that. Even TMZ has reported on the ridiculously civilized parting of the ways between the veteran Atlanta charitable fundraiser and her husband of 16 years, Home Depot co-founder and Atlanta Falcons owner Arthur Blank. We’re talking about a real secret here.

Turns out, Blank is an undercover Broadway baby.

“I’ve been known to belt out a show tune every now and then!” Blank confesses laughing. “My go-to tunes are probably ‘Can’t Help Loving That Man’ [from Showboat] or a great tearjerker like ‘Memory’ [From Cats]. I would love to be a Broadway gal like Kristin Chenoweth. I’m just not nearly as funny.”

Knowing his wife’s love of Broadway, Arthur Blank once surprised Stephanie with a birthday trip to New York to see The Lion King. Recalls Stephanie Blank: “That opening scene is so spectacular. I just sat there and cried and cried. I noticed the woman behind me was crying, too. So at intermission, I turned around and said, “It was nice to see someone else so moved by that opening scene.’ She was kind of standoffish and not very friendly. Later, someone came up to me and said, ‘You realize you were trying to talk to Kristin Davis from Sex and the City, right?” I had no idea who she was. I was just trying to bond over our magical musical theater moment!”

So when Atlanta charitable fundraising power couple Doug and Lila Hertz approached their pal Blank about chairing this year’s fifth annual A Tony Evening to benefit the educational programming initiatives of the Alliance Theatre, she couldn’t say no. Still, the mother of three figured out a creative way to marry her long-standing love of musical theater with her passion for promoting early childhood education. That’s why, on Saturday, May 18 at the Woodruff Arts Center, 30 Rock star Jane Krakowski will be in town reuniting on stage with her old friends the Muppets from Sesame Street. The evening’s honoree is The Sesame Workshop, the nonprofit educational arm of the groundbreaking PBS children’s show.

“Atlanta is one of three cities serving as part of a pilot program for The Sesame Workshop,” Blank explains. “It’s an opportunity to take the Sesame curriculum out into the classroom. I thought, for this year’s A Tony Evening, wouldn’t it be amazing to merge the two? The Alliance loved it. Sesame Street had never done anything like this in its history. We are honoring Sesame Street’s commitment to early education and the arts. The whole evening is about celebrating the early education work the Alliance and Sesame Street are doing and to highlight why introducing young people to the arts is so critical because it helps with the development of the brain in ways other types of learning simply can’t.”

Adds Blank: “I grew up watching Sesame Street and so have our children. They’re a really remarkable company whose mission and characters have stayed relevant after more than 40 years. They do such a marvelous job of addressing issues for children that so many people are afraid to address, such as divorce or military families, hunger and AIDS.”

As a Broadway fan, Blank is also excited to see Krakowski perform live with her band at the event. “The woman can sing, dance, her comedic timing is spot on and she has a Tony,” Blank says. “Plus, I adored her as Jenna Maroney on 30 Rock.”

But considering Blank’s previously secret penchant for performing, will Krakowski have to summons her inner self-absorbed, spotlight-addicted Jenna to wrestle the microphone away from the evening’s benefit chair?
“There’s no danger of that, I promise!” Blank assures. Then she pauses a moment and mischievously adds: “But, it would be pretty funny if her alter ego had to come out though, wouldn’t it?”