Home News & Opinion From the Magazine ‘Zorro’ makes its U.S. premiere at the Alliance 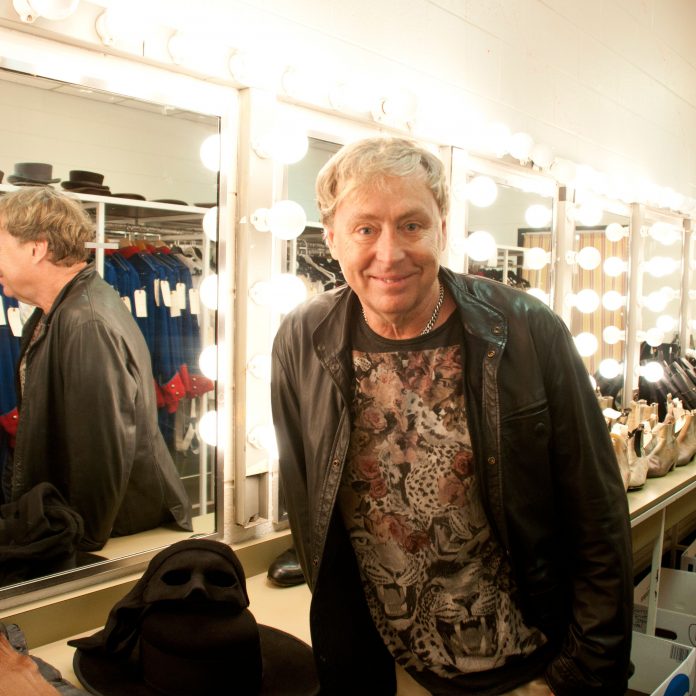 As a young British chap touring Spain with his mum some years ago, Christopher Renshaw became enchanted with flamenco and bullfighting. So when the Zorro producers approached him about staging the tale of the rapier-wielding, masked lothario, he had one caveat: “Yes. As long as it’s flamenco.” As the project took shape, Renshaw—best known for directing the Boy George musical bio Taboo and the Queen chronicle We Will Rock You—collaborated with the Gipsy Kings on the score, toured the show around Europe and Asia, and put together a sexy ensemble and an illustrious design team—which includes illusionist Paul Kieve (Matilda and Pippin, both coming to Broadway). We recently chatted with Renshaw about his love of Latin culture and the foxlike Zorro.

What’s the story? It takes place at a time when California was a Spanish colony before it became part of the union. It was run by the Spanish—and not very well. Diego (Zorro) runs off to Spain to be a bad boy and enjoy life and love, wine and women. When he hears his brother is turning his homeland into a more corrupt and oppressed place, he returns and finds the strength to put wrongs to right to save the people. He comes back with a band of gypsies, who flood the country with flamenco and dance.

What’s up with this guy? It’s quite simple actually. Zorro, by putting a mask on, can find out who he really is, who he really loves. Zorro was the first of all the superheroes. Batman, Superman, you name it: They all developed from this first hero who can make the world better. It’s simplistic but actually quite moving.

How much new music did the Gipsy Kings write? In the present script there must be eight or nine new songs. You’ll hear some stuff that is really part of their catalog and famous. I would say it’s 50 percent new, easily.

What would you like to see happen next? Well, obviously, a big life. I am hoping for a tour and a Broadway stay. I think there’s a chance, but it will very much depend on how it lands at the Alliance.

You have lots of special effects—fight choreography, pyrotechnics, a band. What else? We have a whole matador sequence, which is related to flamenco in its line and beauty and sensuality. That’s what I love about flamenco. It’s like a secret world for a little white guy.

This is an extended version of the interview that originally appeared in our April 2013 issue.