In the not-so-distant past, luxury condo buyers who fancied hotel amenities had one option in Atlanta: Midtown’s Above the Four Seasons. That changed in the late 2000s, with the ill-timed arrival of residences at the St. Regis Hotel, the Ritz-Carlton, the Mansion on Peachtree (above the Rosewood Hotel), and the W Atlanta–Downtown. The recession crippled sales, but the small inventory is paying off today. The Mandarin Oriental (formerly the Mansion) closed $20 million in sales last year, while the Ritz-Carlton sold 129 units in two and a half years. The St. Regis has chalked “historic” sales, and 1065 Midtown, the apartments above the Loews Atlanta Hotel, are selling almost as fast as they’re converted into condos. Our favorite perk? Buyers of the four remaining W penthouses ($1.4 million-plus) receive free helicopter transportation for a year. 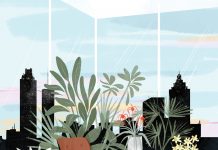 As a farm boy in a glitzy Peachtree condo, bulbs were my saving grace 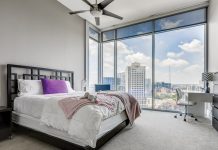