In the late 1990s, a tugboat got separated from its ship, and its ruins remain partially submerged beneath the sands of Rainbow Beach on the southeast end of Little St. Simons Island. Get a glimpse by crossing Mosquito Creek during low tide. 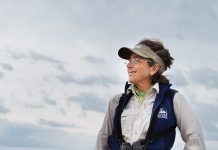 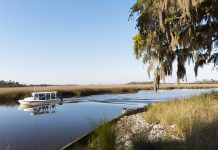