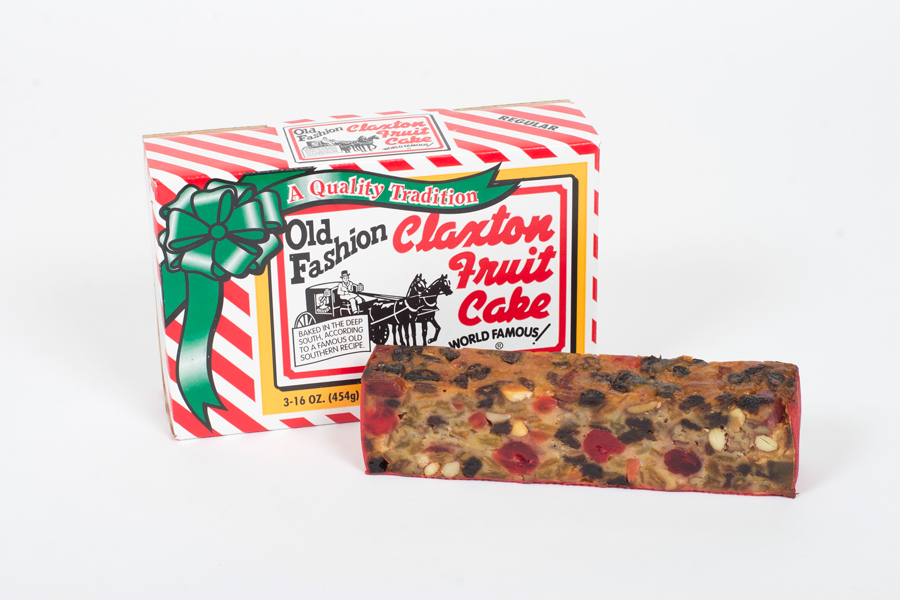 In 1910, Italian immigrant and pastry maker Savino Tos opened a bakery in the small southeast Georgia town of Claxton. Townspeople flocked there for homemade ice cream and baked goods, particularly Tos’s specialty fruitcakes—pound cake mixed with sun-ripened raisins, Georgia pecans, candied pineapple, and other fruits and nuts—which he offered each fall for the holidays. In 1945, Albert Parker bought the Claxton Bakery and began mass-producing the popular fruitcakes. Soon, people across the country were familiar with the seasonal treat.