Paradise Garden
Summerville, Georgia
Despite having only a sixth-grade education, Howard Finster became a preacher at age sixteen and dedicated his life to spreading the gospel. In 1976, more than four decades after his ordination, he said he received a vision from God to create 5,000 sacred works of art; by his death in 2001, he’d completed nearly 47,000. Angels, aliens, historical figures, and Bible verses figure prominently in his artwork, which became so popular that he was commissioned to design album covers for R.E.M. and the Talking Heads. Visit Paradise Garden, on the site of Finster’s former home, to take in four acres of his folk art treasures.

Chauvin Sculpture Garden
Chauvin, Louisiana
In 1990, bricklayer Kenny Hill began transforming his property on the bayou into another world, one filled with life-sized sculptures and structures inspired by both the Bible and his personal struggles. The most prominent sculpture on the property is a forty-five-foot lighthouse adorned with angels, soldiers, Jesus, and a depiction of Hill himself. But don’t expect to meet the artist when you visit; after ten years of work on the garden, Hill abandoned it and his faith—but not without first knocking the head off a statue of Jesus.

Pasaquan
Buena Vista, Georgia
Get lost in the colorful creations of Eddie Owens Martin, a fortune-teller who began calling himself St. EOM in 1935 following a fever dream about a future land called Pasaquan. Inspired by his utopian vision, St. EOM’s work was also influenced by African, Native American, and Central American art and religious symbols. In 1957, following the death of his mother, he began transforming her farm into Pasaquan, a seven-acre compound that would take him thirty years to complete. It features six large structures, bright mandala murals, and more than 900 feet of elaborately decorated walls.

Vollis Simpson Whirligig Park
Wilson, North Carolina
As a farm-machinery repairman in the mid-twentieth century, Vollis Simpson had a knack for working with his hands and a habit of collecting industrial scraps and spare parts. After retiring, he decided to transform his junk collection into art, and thus, his whirligig world was born. Crafted using road signs, ceiling fans, stovepipes, ball bearings, milkshake mixers, and aluminum sheeting, his trash-to-treasure creations were moved after his 2013 death to a downtown park that pays homage to the artist’s life. 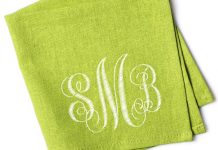 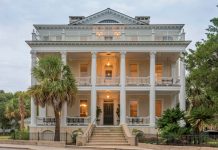