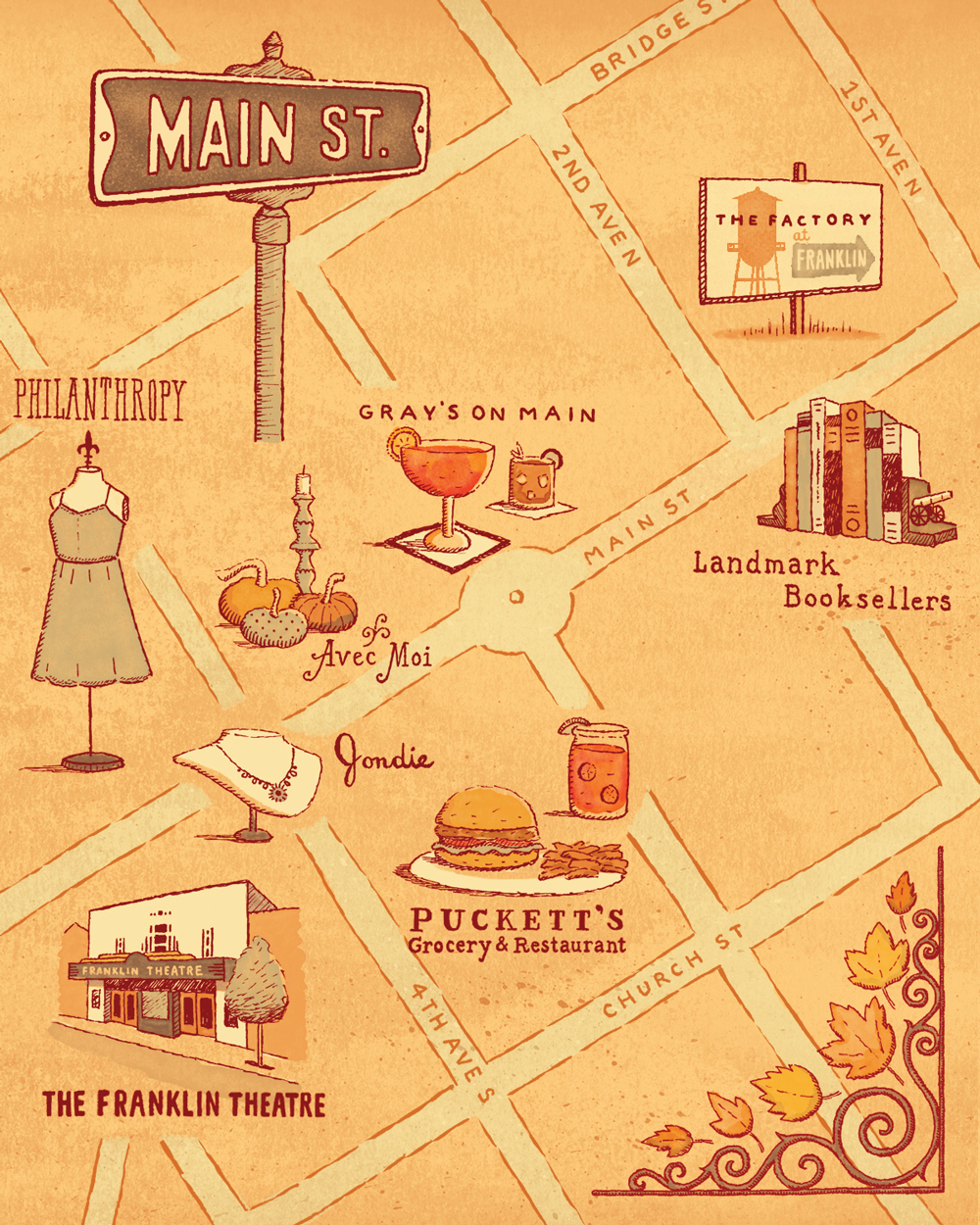 The nineteenth-century brick storefronts lining Franklin’s Main Street have an almost cinematic quality. Indeed, the town’s narrative is worthy of a script: A fast-growing community discovers what happens when Americana and affluence, Old South and new blood, converge. Just twenty miles south of Nashville, Franklin is an oasis for some of country’s biggest stars (Alan Jackson, Brad Paisley, and Keith Urban all have homes here). Yet it has managed to retain its charm, with the National Register of Historic Places naming its main thoroughfare a “Great American Main Street.” On the west side of this street, beautifully preserved Victorian homes testify to the town’s long history as one of the state’s wealthiest areas. To the east, trendy shops and restaurants attract many a visitor. It all adds up to a place that embraces its heritage while keeping an open mind about its future.

The Franklin Theatre
This downtown landmark’s origins as a 1930s movie house are evident in the art deco styling, and its state-of-the-art sound system attracts big names such as Sheryl Crow, Amy Grant, and Vince Gill. Bonus: There’s not a bad seat in the house. franklintheatre.com 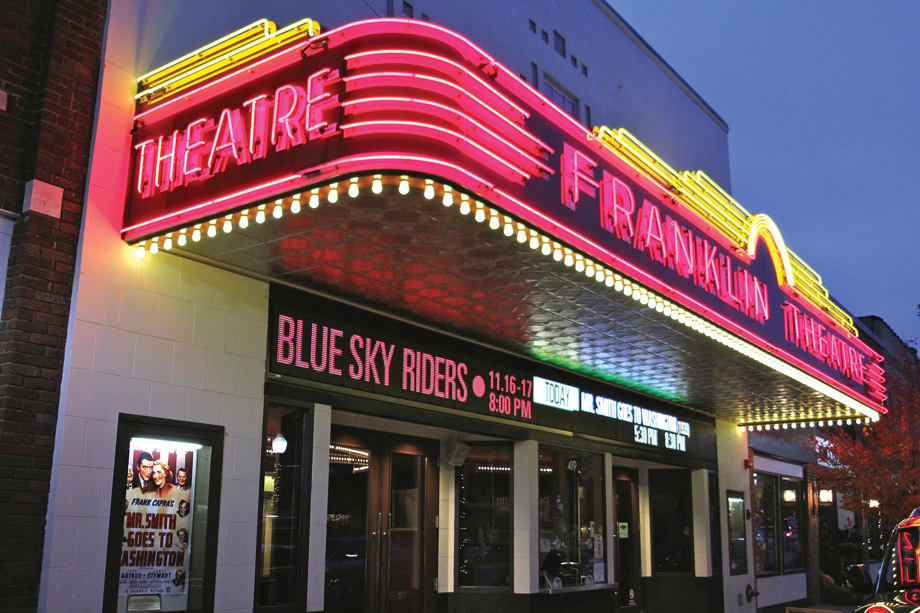 Philanthropy
Flowing skirts and billowy tops may dress the windows here, but they’re not the main focus: The shop’s owners hand over more than 10 percent of their proceeds to forty-plus charities. In the last seven years, they’ve written more than $500,000 in donation checks. philanthropyfashion.com

Avec Moi
If owner Bob Roethemeyer were an artist, tabletop would be his medium. He expertly blends modern finds with flea market treasures at his cozy shop. Pop in to discover glittered beeswax candles, handmade velvet pumpkins, and glass Czech Christmas trees. avecmoifranklin.com

Jondie
This small shop’s style mirrors that of its hometown: classic with a modern edge. Owner Rebecca Davis got her start as a jewelry designer, so it makes sense that her store is best known for its accessories. Browse for hats, jewelry, swimwear, and handbags, most under the Jondie label. jondie.com

Puckett’s Grocery and Restaurant
On busy days, the wait for lunch can be more than an hour—and that’s before noon! People pack in for the cherry-smoked barbecue, burgers, and made-from-scratch sides (try the squash casserole). A small stage also attracts big talent such as Franklin resident Vince Gill; songwriter nights on Saturdays are hugely popular. puckettsgrocery.com

Landmark Booksellers
This self-proclaimed “Sanctuary of Southern Lit” stocks more than 60,000 titles, including some 2,500 signed first editions. Books sell from five dollars to thousands (price tag for an original Confederate memoir: $7,000), but the guidance from owners Carol and Joel Tomlin is priceless. landmarkbooksellers.com

The Factory at Franklin
A little farther down Main Street, this former stove factory remains one of Franklin’s hottest spots. Stroll the twelve-building complex to paint pottery, strum an artisan guitar, or buy an Oriental rug. Every Wednesday, Nashville flocks here for Music City Roots, a live radio concert that attracts top talent such as the Doobie Brothers. factoryatfranklin.com