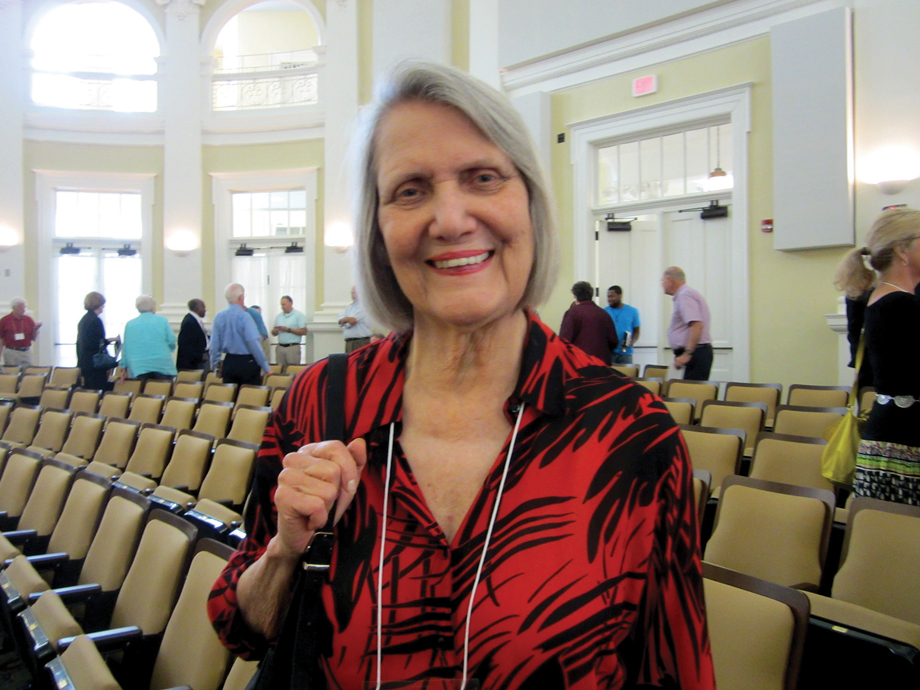 Your book guides travelers along seven routes, from the Delta to the Gulf Coast. Is there a region where visitors should focus their attention?
William Faulkner, Eudora Welty, Tennessee Williams, and Richard Wright are Mississippi’s literary giants, and they’re from different areas. Faulkner was from the Oxford hill country in the north; Welty lived in Jackson; Wright was raised in Natchez; and Williams spent his childhood in Clarksdale in the Delta.

What do you think has sparked so much literary richness in Mississippi?
Maybe growing up in an area that was consumed with slavery and segregation and desegregation makes people more thoughtful. I think writing comes out of having deep concerns.

What are some don’t-miss sites in Faulkner country?
There are lots of Faulkner sites around Oxford. His home, Rowan Oak, is owned by the University of Mississippi and is open for tours. Faulkner bought the antebellum house in 1930 and renovated it himself. He also designed and built a stable and later added a study. John Grisham donated his house across the street, and it’s now the Rowan Oak Visitor Center.

How does Rowan Oak evoke Faulkner’s spirit?
It’s been maintained as it was when he was alive. The outline for his novel A Fable is penciled on the wall of his study. It’s a very affecting tour.

Let’s move on to the Mississippi Delta and Clarksdale, where Tennessee Williams spent his childhood.
From ages five to fifteen, Williams lived with his grandfather, an Episcopal priest, in the old St. George’s Rectory. A neighbor kept glass animals in her window, which people think was the inspiration for The Glass Menagerie. And there’s an Italian Renaissance house built by a woman named Blanche Cutrer, who is believed to be the inspiration for Blanche DuBois in A Streetcar Named Desire. There’s also a town park named for him. Every October, they stage a Tennessee Williams drama festival.

You live in Jackson near Eudora Welty’s longtime home?
Yes. Her home was donated to the state of Mississippi and is now a museum. I was a friend of Eudora’s, and I can tell you it’s pretty much as it was. (You always had to clear a spot on the sofa, there were so many books and manuscripts and fan letters.) The best part is that the garden behind her house has been faithfully restored. It’s a site of literary readings and parties.

Richard Wright, author of Native Son and Black Boy, grew up in Natchez. What is his legacy there?
A historical marker is dedicated to him in Natchez Bluff Park overlooking the Mississippi. Another marker is outside his childhood home. Unfortunately, there’s little to see pertaining to Wright, although there’s an annual Natchez Literary and Cinema Celebration every February, where they award a prize named for him.