Set along a shallow stretch of the Tennessee River in the northwestern corner of Alabama, the communities of Florence, Muscle Shoals, Sheffield, and Tuscumbia are known collectively as the Shoals. Early American Indian inhabitants referred to the Tennessee as the “singing river,” which would prove fitting. Alongside it, centuries later, a rich musical culture would emerge, as two studios, FAME and Muscle Shoals Sound, drew the greatest musicians of the sixties and seventies and established the area as the “Hit Recording Capital of the World.”

And while the Shoals also lays claim to the birthplaces of W.C. Handy (known as the “Father of the Blues”) and rock and roll pioneer Sam Phillips (founder of legendary Sun Studio), the creative culture of the area extends beyond music. From the Rosenbaum House, the only Frank Lloyd Wright building in Alabama, to the flagship store of fashion designer Billy Reid, to acclaimed restaurant Odette, artistic excellence abounds. Road trippers will also discover a handful of requisite oddities and off-the-beaten-path delights, including a celebrated general store, a coon dog cemetery, and an Old West saloon built under a rock outcropping.

Rosenbaum House
Renowned architect Frank Lloyd Wright designed around 1,000 structures, and this Florence jewel—his only work in Alabama—is considered one of his masterpieces, often spoken of in the same breath as Fallingwater and Taliesin West. Built in 1939 for less than $15,000, the house may be the finest expression of Wright’s Usonian design concept, which features native materials, flat roofs, and a bringing together of indoor and outdoor spaces.

W.C. Handy Birthplace, Museum, and Library
Known as the “Father of the Blues,” Florence native William Christopher Handy spent decades in the music business as a publisher, composer, and performer. One of the most influential songwriters of the early twentieth century, he penned classics such as “Memphis Blues” and “St. Louis Blues.” The two-room cabin in which he was born in 1873 serves as the centerpiece of a museum recounting his life story and showcasing period furnishings. Personal artifacts include sheet music, notebooks, and the key to the city of Memphis.

GunRunner Boutique Hotel
The two-story brick building that houses this ten-room Florence hotel began life in the 1930s as a car dealership. Today, patrons congregate around the bar anchoring the 3,200-foot showroom, now a common area, for festive cocktails like the gin-based Bitchin’ Camaro. After drinks, guests retire to suites inspired by local personalities or landmarks, including Billy Reid (who designed his namesake room) and Muscle Shoals Sound Studio (where walls are hung with gold records of studio hits, from Paul Simon’s “Kodachrome” to Bob Seger’s “Old Time Rock and Roll”).

Trowbridge’s
A Florence institution, this ice cream and sandwich shop has served sweet treats at its downtown location since 1918. Stop in at lunch, slide into one of the aquamarine booths, and order a couple of hot dogs (topped with chili and mustard) or a few sandwiches (they’re small, so you can enjoy two or three). Favorites include chicken salad, grilled cheese, and egg and olive, a North Alabama classic. For dessert, don’t miss the orange pineapple ice cream made from the original Trowbridge family recipe. 256-764-1503

Billy Reid
Internationally recognized designer Billy Reid creates classic American clothes with a Southern twist on the second floor of his downtown Florence studio. Sip bourbon as you browse current men’s and women’s collections in his flagship store on the main level. Whether you’re in the market for a pair of dress socks, a casual sport jacket, or a distressed leather belt, you’ll appreciate Reid’s signature attention to detail, from buttons and buckles to stitches and seams.

Odette
Chef Josh Quick has helmed the kitchen of this Florence hotspot since its 2013 opening. His approachable dishes showcasing Alabama products have cemented the eatery’s popularity with the locals, and his blending of Southern and international influences to create innovative fare has catapulted it to destination-restaurant status. Menu standouts include crispy fried chicken skins with Szechuan peppercorns, sweet potato gnocchi, sauteed catfish, and the house cheeseburger with red-pepper thyme ketchup and hand-cut fries.

FAME Recording Studios
Founded by Rick Hall in 1961, this operating Muscle Shoals studio stands alongside the likes of Abbey Road and Stax in musical lore. Hear insider accounts of music history—Aretha Franklin recorded her first two gold records here, and the Allman Brothers Band traces its origins to Studio B—and learn about the interplay of architecture and acoustics on daily tours. Relive the magic in Studio A as you listen to playbacks of hits like Wilson Pickett’s “Mustang Sally” in the room where they came to life.

Muscle Shoals Sound Studio
In April 1969, the Swampers (aka the Muscle Shoals Rhythm section) opened this Sheffield studio in a small concrete building that once housed a coffin showroom. By year’s end Mick Jagger and Keith Richards were laying down tracks and vocals for “Brown Sugar” and “Wild Horses” in the studio dubbed the “burlap palace” (for the soundproofing fabric covering the ceiling). Visitors today can see the studio as it looked during its nine-year run, when a host of top recording artists—from the Staples Singers to Rod Stewart—descended on the studio the Rolling Stones christened “rock and roll heaven.”

Helen Keller Birthplace
Built in 1820 by Helen Keller’s grandparents and named Ivy Green, the Tuscumbia house in which Keller was born in 1880 remains almost entirely as it was during her girlhood. Original furniture includes a petticoat table, fainting couch, hand-carved bed, and sugar chest. The family’s china, silver, and art—along with Keller’s clothes—are also on display. Docents share the story of her life and her triumph over blindness and deafness, and tours end in a dedicated museum room filled with personal mementos, photographs, Braille books and board games, and Keller’s Braille typewriter.

Rattlesnake Saloon
It took the Foster family just forty-nine days to construct this Old West–inspired watering hole under a hulking rock outcropping that had once sheltered the family’s hog pen—and perhaps prehistoric humans. Named for a rattlesnake den discovered during construction, the Tuscumbia restaurant and bar opened its doors Labor Day weekend 2009 and has since become a must-see attraction. Stop in for fried bites (jalapeño peppers, green beans, and pickles), burgers, and beers, as well as live music and line dancing.

Key Underwood Coon Dog Memorial Graveyard
Established in 1937 as a final resting place for coonhounds—and only coonhounds—this cemetery south of Cherokee in rural Colbert County welcomes visitors with picnic tables, park benches, and an open-air pavilion with a guest register. Some 200 dogs are buried here, and a range of headstones—from simple rocks and wooden crosses to metal sculptures and granite monuments—pay tribute to Lulubelle and Red, Amos and Ranger, Bruno, Boone, and Bear, a number of Queenies, and a host of other loyal companions. 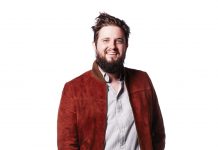 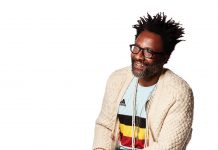