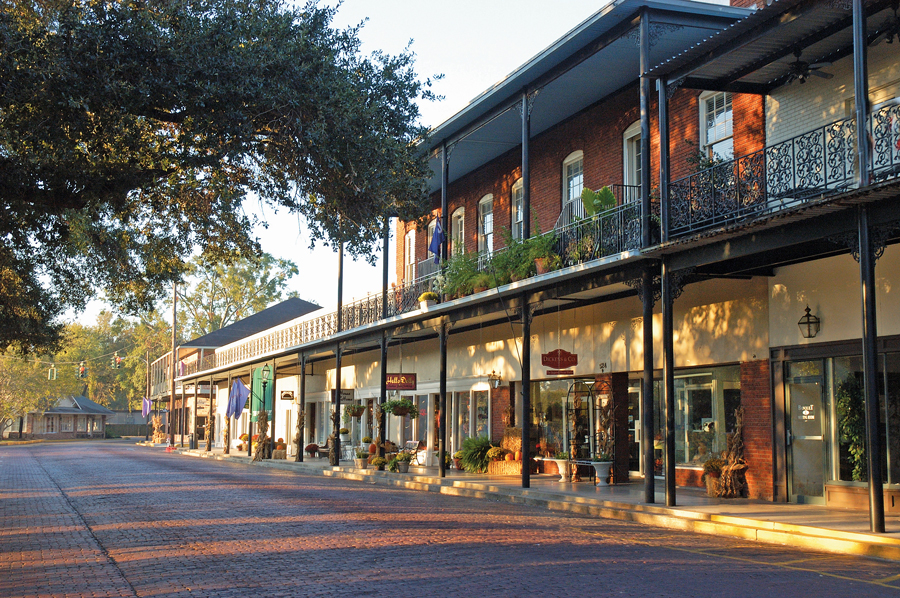 If you wanted to create the quintessential Southern small town, you’d model it after Natchitoches. Just ask Robert Harling: A Natchitoches native, he set his play Steel Magnolias in a homey fictional town that closely resembled the one in which he was raised. And when it came time to make the film starring Julia Roberts, there was never a doubt it would be shot in this city of French Quarter–style wrought-iron balconies and overflowing flower boxes.  Visitors can still tour famous sites from the movie, including St. Augustine Catholic Church and the eighteenth-century American Cemetery. Fans of the movie will be familiar with the annual Christmas Festival of Lights, but if you missed the holiday, you can still catch one of the weekend festivals held here year round, such as the Cane River Zydeco Festival in August or the Meat Pie Festival and River Run in September. And if you can’t score a room at the Steel Magnolia House bed and breakfast, you needn’t worry—the town is home to more than thirty B&Bs, earning it the moniker “B&B Capital of the World.” While you’re in town, be sure to tour some of the Creole plantation homes along the Cane River, and check out a replica of Fort St. Jean Baptiste, built from the original 1716 blueprints.

Sweet Cane Inn / This late-1800s home, now a bed and breakfast, boasts twelve-foot ceilings, eleven fireplaces, and a location in the heart of the historic district. Breakfast specialties include Creole crepes. sweetcaneinn.com

Lasyone’s Meat Pie Restaurant  / Stop in at the birthplace of the Natchitoches Meat Pie—the deep-fried delicacy that put the town on the culinary map. lasyones.com

Rose Hill Mansion / A stunning example of Gothic Revival architecture, this private residence is open to the public for tours every day at 2 p.m. Reservations required. rosehillmansion.com

September 15–16
One of Louisiana’s official state foods, the Natchitoches meat pie—a crispy deep-fried flour shell stuffed with beef, pork, and the Cajun trinity of onions, bell peppers, and celery—is said to have originated at Lasyone’s, a local institution. Every September, locals and visitors alike gather along the downtown banks of Cane River Lake to stuff themselves with the meaty handheld treats while enjoying zydeco and country music. There are games and crafts for kids; a beer fest and pub crawl for adults; and a meat-pie eating contest for folks of any age brave enough to tackle a plateful. The festival coincides with the River Run—a leisurely motorcycle ride along the Cane River with stops at historical sights and a quick break for—you guessed it—a meat pie.