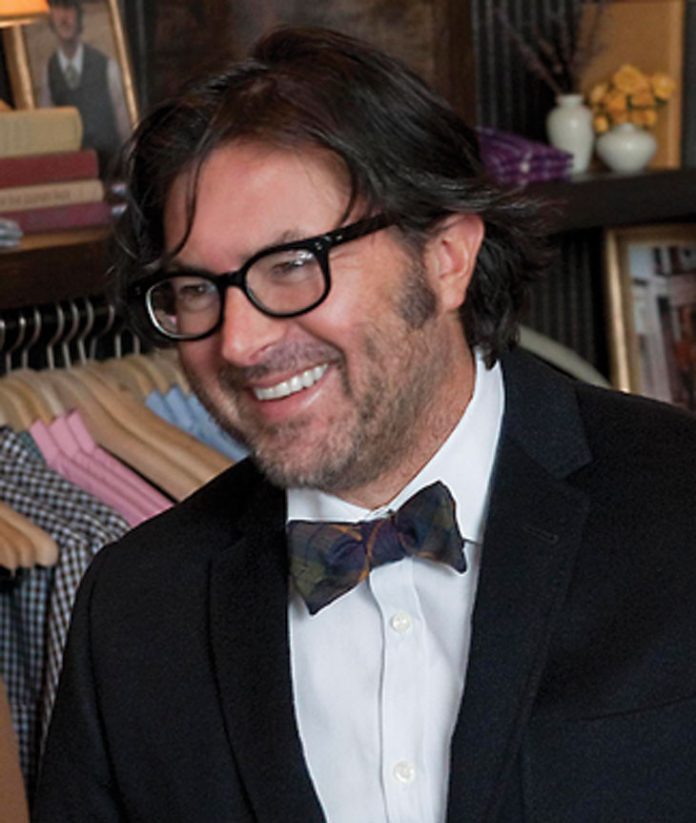 Why did you pick Atlanta? It’s such an unbelievable city, and we have more customers in our database from Atlanta than any other city where we do not have a shop.

Why Westside? We try to focus on a neighborhood that feels like a place where we want to hang out, have neighbors, and become a member of that community. Westside has that.

What are your views on Southern fashion? I never think of designing with a Southern aesthetic. I am a Southerner, and it’s pretty hard to change that at this point. Fashion is global, and being yourself is the best approach.

What makes this location unique? We recovered some shiplap and used it as wall covering. It created a great texture, and we used touches of leather and backlighting to keep the space uncluttered. It’s our home there, and we want it to feel inviting.

Do you feel you have competition in Atlanta (e.g., Sid Mashburn)? Sid Mashburn’s reputation is top-notch in our industry, and I’m a big fan. I don’t see us as competition, but rather good neighbors.