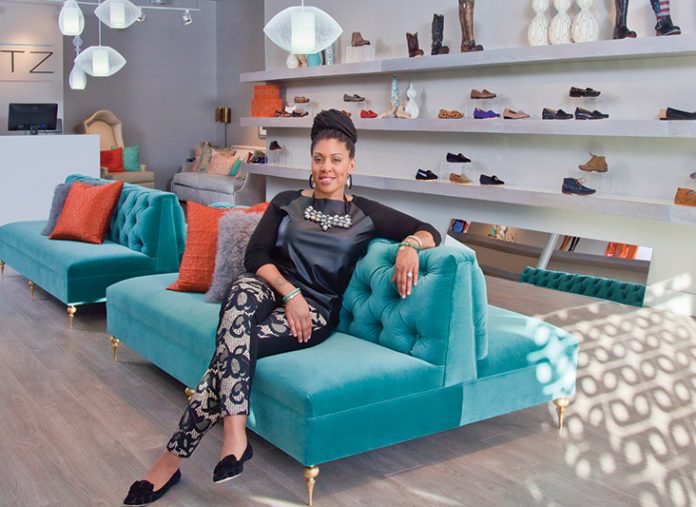 Flat shoes—brogues, Birkenstock-like sandals, flatforms, and pointy-toe slippers—stomped down the runways last fall as one of this spring’s hottest trends. But Kelci Stringer, who recently opened no-heel haven Flatz on Pharr Road, insists the low silhouette is not a fleeting fad. “Flats are not trendy,” she says. “They are shoes. It’s what you wear every day.”

Flatz is tucked into an old plaza known by the ladies who lunch for the original Cafe at Pharr (now Joy Cafe). Inside the shop, among tufted sofas and white pendant lighting, flats and wedges are displayed on shelves glowing from below like lightboxes. Prices range from $80 to $400.

Not surprisingly, Flatz also appeals to women of a certain age—or those with knee or joint issues—and Stringer does carry some comfort brands, like New York–based Bernie Mev. One of the label’s basic wedges was her first style to sell out.

But according to Stringer, every woman needs flats in her wardrobe, regardless of what celebrities claim. “There is not one person in this world who wears heels every single day. I don’t care what Jessica Simpson says.”

Stringer, thirty-nine, grew up in College Park and worked as a department store buyer in Minnesota. Flatz is Stringer’s first business venture, though she also heads up a nonprofit operation. After her late husband, Korey Stringer, an offensive lineman for the Minnesota Vikings, died of heatstroke at training camp in 2001, she founded an organization supporting sports safety. She moved back to Atlanta in 2009 and settled in Morningside.

This article originally appeared in our February 2014 issue under the headline “Well Grounded.” 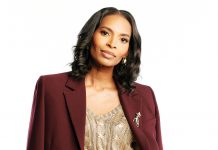