“When coming to America, nobody sits you down and tells you about the struggle, loss of identity, and change in status you may face,” says Helen Ho, the forty-four-year-old founder and executive director of Asian Americans Advancing Justice – Atlanta (formerly the Asian American Legal Advocacy Center).

She should know. Ho immigrated to the United States from Seoul, South Korea, when she was four. She says she wasn’t prepared for the difficulties she faced, but her parents helped her with the transition by emphasizing faith and hard work.

Ho went to Emory Law School, then moved to Houston, where she helped at a volunteer-led Asian law center. “It was clear I had found my passion,” she says.

When work caused her to move to Atlanta in 2006, Ho discovered her new hometown didn’t have organizations like the one she’d left behind. In 2010, she founded the first nonprofit law center dedicated to Asian immigrants and refugees in the Southeast. The center does everything from spearhead voter registration drives to provide information on immigration laws.

Beyond her work with the center, Ho is on the advisory council of El Refugio, a nonprofit that assists the families and friends of immigrants detained at the Stewart Detention Center. She’s also a founding board member of both NewPowerPAC and the Korean American Bar Association of Georgia. “My dad always said he wanted me to be a big tree that provides shade for a lot of people,” Ho says. No doubt she has made him proud. 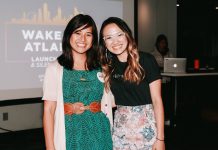