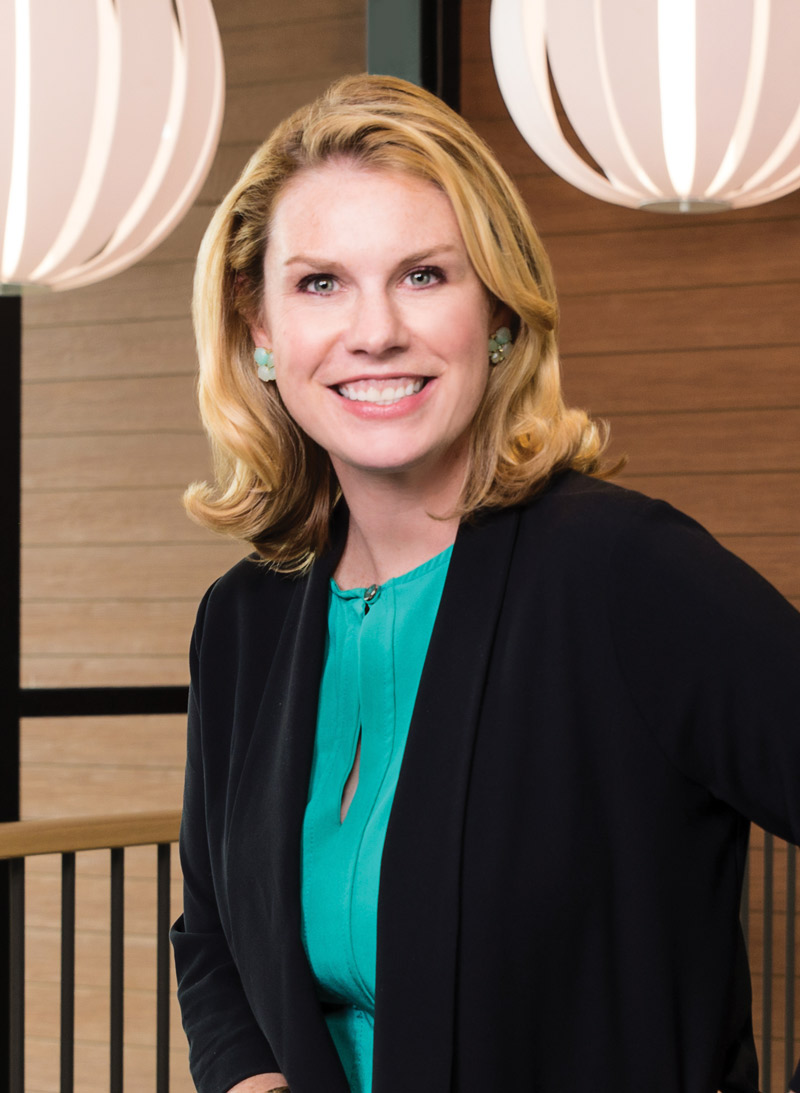 As the first woman CEO and president of the YMCA of Metro Atlanta, Lauren Koontz shoulders a lot of responsibility. Despite the vast number of obligations that come with the title, the 45-year-old mother of two makes sure that she always has enough time for what makes her happiest: connecting with those at the YMCA. Sometimes that means reading to kids at the Y’s early learning centers; other times it’s getting to know seniors at a class for those with Parkinson’s. “It’s really in the small moments,” she says. “I’m happiest when I’m with the children, families, and people that we serve.”

Born on St. Simons Island, Koontz received her bachelor’s degree at the University of Georgia, followed by her MBA from Georgia State University, which she earned while juggling a career in sports marketing. She knew that the nonprofit world was where she belonged, though. After stints at the Leukemia & Lymphoma Society, Emory University School of Medicine, and Coxe Curry & Associates, the Dunwoody resident landed at the YMCA in 2012. “I came to the Y because it has the scope and scale and breadth and depth of programming to reach hundreds of thousands, if not millions, of people,” she says.

The YMCA’s annual giving campaign, which funds scholarships for those unable to afford Y programs, has grown more than 250 percent during Koontz’s tenure, raising more than $5 million last year alone. Partnerships with other Atlanta-based organizations have also expanded under her leadership. Her  work with the Atlanta Speech School on growing Read Right From the Start, an early literacy program aimed to reach all kids no matter their family’s socioeconomic status, is one that she is particularly proud of, and one that echoes the YMCA’s mission. “No one’s future should be determined by the zip code or circumstances they were born into,” she says.

To many, that level of reach and responsibility could be intimidating. Not to Koontz. Rather, it serves as her motivation. “Like Billie Jean King originally said, the pressure is a privilege. I feel incredibly privileged to be able to sit in this seat.”