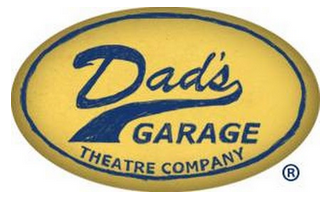 Eighteen years after its founding, Dad’s Garage Theatre will soon be leaving its familiar Inman Park industrial-building home—but not by choice. In fact, the entire 3.4-acre, arrowhead-shaped parcel at Elizabeth Street and North Highland and Lake avenues—a site that also contains the popular Victory Sandwich Bar and several other businesses—is to be leveled to make room for a $45 million apartment and retail complex.

While Dad’s reportedly had discussions with the property’s new owners over the past few months about becoming a part of the planned development, its unique space requirements have forced the theater to look elsewhere.

Just after the end of its current season, which wraps up July 31, the theater will move into temporary quarters at 7 Stages in nearby Little Five Points, says Dad’s spokeswoman Linnea Frye. Meanwhile, the group, which has long specialized in edgy original productions and nightly improv events, is looking for storage space for its props and additional office space for staff members.

“We’ve known about this for maybe a year or so,” Frye says. “We did an audience survey back last fall to see where our customers might be willing to follow us and, as you might expect, people want us to stay as close to Inman Park as we can.”

That could be a tall order, as progress along the eastern stretch of the Beltline has helped make the area one of the hottest real estate markets in the city.

On nearby Krog Street, Paces Properties has launched a redevelopment of the Stove Works compound, a former cast-iron stove factory complex, into even more of a high-end fresh foodie destination with the addition of the Krog Street Market in a 12,000-square foot space that once housed Tyler Perry’s studios.

Although Paces Properties representatives have been tight-lipped with the press (as in not returning repeated calls), well-sourced rumors have it that the planned food hall will include a Texas-style taqueria by uber-chef Ford Fry, an impressive cheese shop and a charcuterie from the folks at Spotted Trotter. The developers also are planning to build apartments on the Stove Works parking lot on the west side of Krog.

And John Weiland Homes is already well under way developing Highland Park, a townhome community on the northwest corner of North Highland and the Beltline that is slated to eventually contain 58 houses.

Frye says Dad’s has “a couple of solid options” for a new home under consideration, but isn’t ready to discuss details. Still, she conceded that sky-high property costs will make it difficult for the group to remain in the immediate vicinity. Working in the theater’s favor is the fact, confirmed by a recently commissioned study, that Dad’s seven-day-a-week schedule of shows, classes and events helps drive an estimated $400,000 a year in business to neighborhood restaurants, she adds

Frye says she and her colleagues expect to stay at 7 Stages at least a year; perhaps longer, if they can’t line line up a new home in coming months. They also expect to soon do a study to determine whether it’s a good time to launch a capital campaign and to set a fund-raising goal to help them relocate.

“If you know anyone with 10,000 to 20,000 square feet of warehouse-type space with plenty of parking, have him give us a call,” says Frye, only half-jokingly.

In the meantime, she says, theater fans should keep their eyes open for a Dad’s moving sale toward the end of July and a blow-out party to cap off their eighteen-year run on Elizabeth Street.