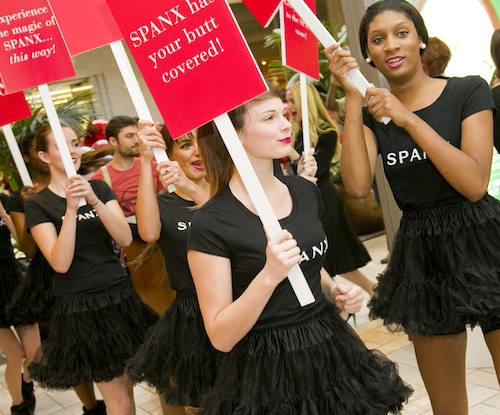 Forbes magazine’s much-anticipated 2013 Swimsuit Issue list of the world’s billionaires was published yesterday. Mexican telecommunications giant and all-around biz whiz Carlos Slim tops the roster with an estimated $73 billion fortune. Like my dad always said, “You’ll know you’ve made it when your next $100,000,000 goes to the right of the decimal point.”

Eight Georgians appear on the list. Anne Cox Chambers and Jim Kennedy (both of Cox Communications) are Georgia’s richest people. Chambers has $12 billion, which makes her the 80th richest person on Earth (and probably the entire solar system), according to Forbes. Kennedy has $6 billion, which put him at 198 on the list of 1,426.

The other Georgia company with two representatives on the rich registry is Home Depot. Bernard Marcus’s $3.1 billion fortune puts him at the 437 spot. His Home Depot co-founder and Atlanta Falcons owner Arthur Blank appears at No. 931 with $1.6. billion.

I have two questions. First, a question for Forbes: Since Blank seems guaranteed to be on the receiving end of $200 million in public money to build a new stadium for his football team, shouldn’t his fortune be listed at $1.8 billion? (That would put him even with Nintendo’s Hiroshi Yamauchi, in case you’re curious.)

Second, a question for city and state lawmakers: If you’re going to insist on handing piles of public cash to Georgians who don’t need it based on a very flimsy definition of public good, why not go even flimsier and hand the cash to Georgia Girdle Goddess Sara Blakely (No. 1,342)?

Eight home games per year in a fancy new stadium is okay, but 365 days of looking slimmer and feeling more confident with the help of free, government-issued Spanx would be better. They even make Spanx for men now!