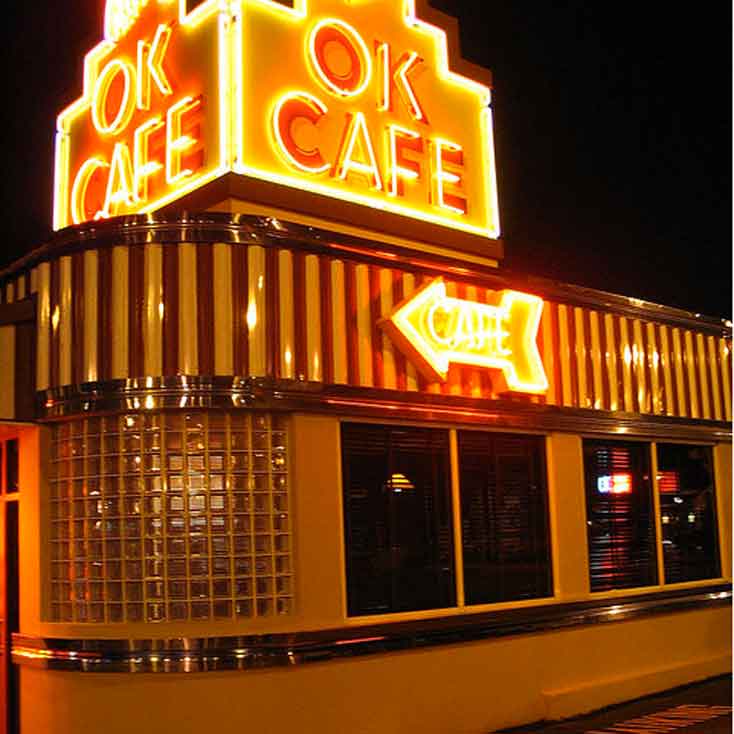 I come from a Buckhead family. My father’s parents live off of West Wesley and my mother’s parents reside near Chastain Park. I grew up in Garden Hills, and my first job was fry guy at Buckhead Diner; I made those blue cheese potato chips and Kevin Rathbun was in the kitchen. It’s amazing how many restaurants there are in Buckhead that have been around seemingly forever.

I think first of OK Cafe on West Paces Ferry Road. We went there for lunch or breakfast when I was growing up. It has that pseudohealthy R. Thomas vibe but is much more dinerlike, with lots of tchotchkes. It’s not a cheesy diner, though; the food is fresh. A friend went recently and saw Newt Gingrich having a meeting with Zell Miller. It’s that kind of crowd.

Goldberg’s is across the parking lot from OK Cafe. It’s the de facto Jewish deli in Atlanta. You go there for a bagel with a schmear, and the staff asks whether you’d like lox or nova, which is legit. [Lox is salty cured salmon; nova is less salty, lightly smoked salmon.] Goldberg’s sells Dr. Brown’s Cel-Ray—the white unicorn of sodas.

If you want the Greek version of a diner, go to the White House. You can get biscuits heaped with fried chicken and gravy for about seven bucks, but they serve a respectable gyro. Fox News always seems to be on; I feel if you start talking liberal politics, the servers will stop refilling your coffee. The crowd is from thirty to ninety—they’ve been coming their whole lives.

La Grotta is a survivor among the fine-dining dinosaurs. You need to call and ask to be put on hold. The message includes this guy who says, “If you have an old favorite in mind, don’t hesitate to ask if we can prepare it.” And the kitchen will do it—like, “Knock me out a lasagna.” That’s crazy hospitality!