At Morningside Elementary, the triathlon team is the next big hit 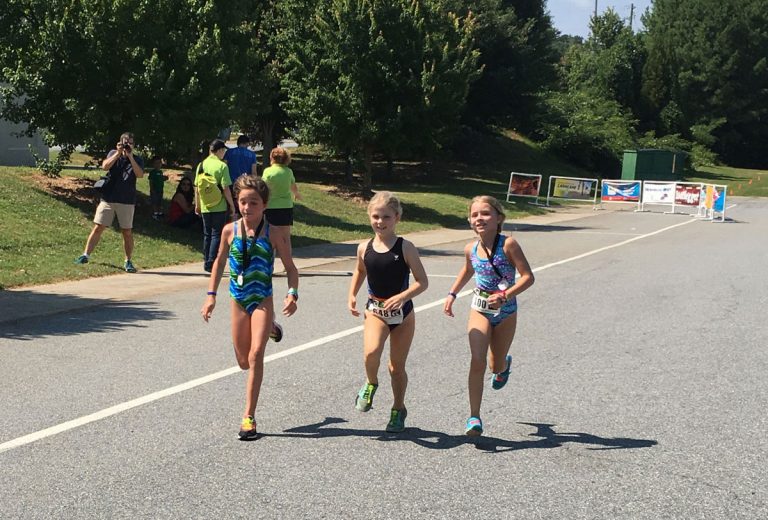 Niccole Burton’s two daughters have dabbled in everything from dance to basketball to robotics. They’ve tried it all at Morningside Elementary School, and for no small cost—for one semester last year, the Burton family paid the school $750 for extracurricular programs.

A runner and swimmer, Burton was thrilled when her daughters Nadia, 7, and Sienna, 9, joined Morningside’s new triathlon team—especially when Nadia won first place last year in her six-and-under age group. Burton says the triathlon team, which in the spring had 57 members from kindergarten through fifth grade, has been an exciting activity that allows her daughters to find camaraderie with their schoolmates. The group operates mostly independently from the school; and while team members cover bicycle and race costs, there are no membership fees.

“The kids love being a part of the team,” says Nussear, who’s invested hours in fundraising to support her students, providing Lock Laces (no-tie shoelaces), race belts, and transition mats for practices. The Morningside Foundation granted Nussear about $2,000 to get certified as a USA Triathlon coach, she says, and parents have willingly chipped in for equipment and other gear.

Dave Dziuma’s daughter Katharine, 8, joined the team last year. She’s since traded her ice-cream-cone-decorated bike for one with advanced gears. Likewise, Dianne Jeckewicz, who has three kids on Nussear’s team, has observed a transformation in her 11-year-old son Darrin, who used to shy away from competition. Triathlons have also let Jeckewicz engage more with her kids, cheering them on during races and helping them transition from swimming to biking to running. Nussear says the ease, and necessity, of parent involvement is one of the things that makes triathlons unique among other sporting events, “where you [just] watch stuff happen.”

Nussear herself is what makes this particular team unique, says Morningside principal Audrey Sofianos. Nussear, who started competing in triathlons herself about three years ago, begins her practices promptly at 7:15 a.m. twice per week. Since the school has no track or swimming pool, she uses these mornings to drill swim skills with scooters and improvises with other equipment for all sorts of activities. Nine-year-old Emily Morris says she enjoys going to practice with Coach Nussear, and that it’s what wakes her up—instead of slumping over a bowl of cold cereal. When asked if such early morning workouts were exhausting, Morris scrunches her face and shakes her head. “You get used to it,” she says. 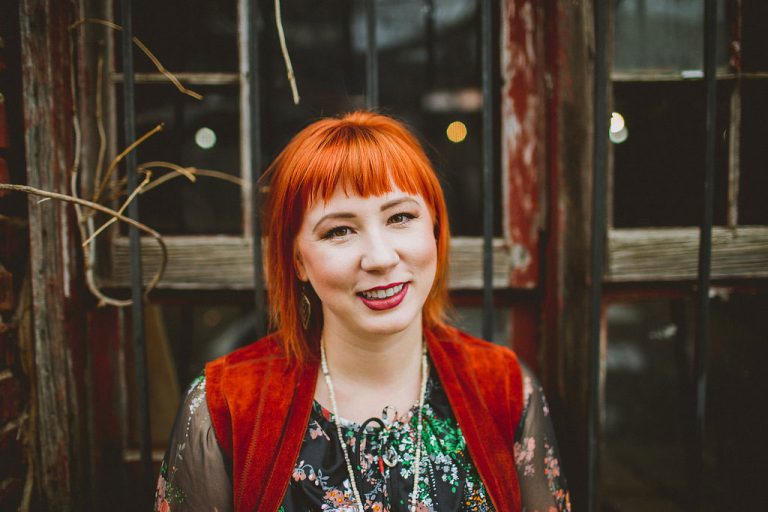 Melanie Wade focused her eyes on the ceiling as she lay awake in bed. She had just arrived at her grandmother’s house in Virginia, and as a reward to herself for enduring the stress of an all-day drive, she grabbed a small jar of fermented kombucha tea. It was one of the first times that Wade would try what she’d once dubbed “grandma’s weird mushroom tea.” (There are no actual mushrooms in the drink, but the bacteria and yeast used in the fermentation process resembles a mushroom cap, hence the nickname.)

She wasn’t overly shocked that she found the tart, unforgiving flavor appealing. “I’m the kind of person [who] drinks pickle juice out of the jar,” Wade says.

The rest of the night, Wade couldn’t get kombucha off her mind. She says the vitamins in the drink (kombucha generally contains probiotic bacteria and B vitamins) were exactly what her body had been craving. Her brain was buzzing with ideas.

But with a full-time marketing job, she already had commitments. Certainly not enough time to launch a business.

Too inspired to care, Wade returned to Atlanta with one of her grandmother’s kombucha books—now 96, grandma Golda had been studying and fermenting the tea for about four decades—and soon traded her marketing career for the “weird mushroom tea.” Now three years into the kombucha business, Wade’s oak-barrel aged tea is sold in 113 Kroger locations. She attracts customers from Illinois to Florida and works at up to 15 farmers markets five days each week. This fall, Wade will open Georgia’s first kombucha brewery and taproom—the third in the Southeast—moving production of Golda Kombucha (named, of course, for her grandmother) from Tucker to a 6,000-square-foot space near the BeltLine Westside Trail.

“My life is on the line,” the 29-year-old says, referring to the 10-year lease she signed with the Lee + White development. “But it’s such a right feeling for me.”

An expanded brewery, taps for kombucha tastings, and space for Wade to teach kombucha fermentation classes will all fit comfortably under the 27-foot ceilings. Wade says other aesthetic details remain up in the air, but that with this space, she’ll be able to add seven to 15 employees to her 10-person staff and work with nearby beverage producers. She hopes, for example, to collaborate on and market a kombucha beer.

Some days have been grueling for Wade who, atop a hectic schedule, must now oversee construction of Golda Kombucha’s new site. But it’s worth it when she sees how important the drink is to her customers. Her company has a partnership with Cancer Treatment Centers of America, where her product serves to promote overall wellness. Her fiancé Alex, a type-1 diabetic, regularly enjoys the drink as something sweet that won’t cause his blood sugar to spike.

But Wade says her top supporter will always be Golda, who so lovingly cultivated the practice. Golda likes to joke that if something goes awry at Golda Kombucha, “It’s got my name on it!” 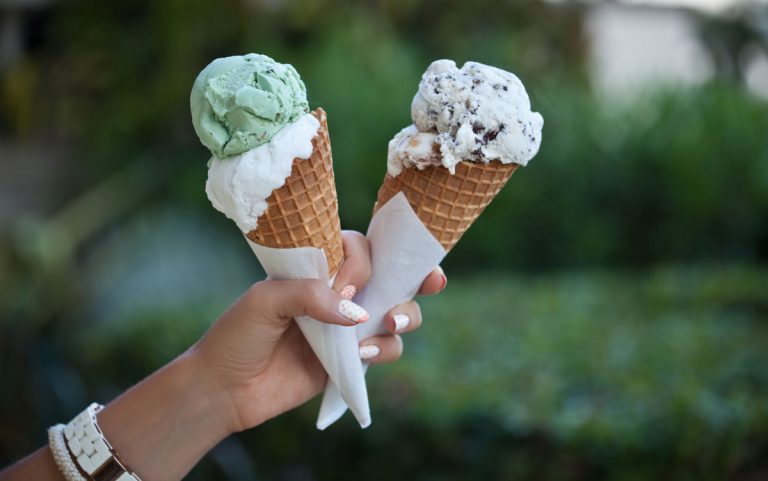 Atlanta Comedy Arts Festival
Where: Java Monkey, Atlanta Comedy Theater, My Sister’s Room, Cosmopolitan Live, and Aurora Theatre
When: July 20 through 24
Cost: Varies
Details: Race between venues and embrace Atlanta’s vibrant comedy scene while top comics deliver four days of funny bone euphoria. (And a few of these acts will be filmed, so your laughs could end up on TV.)

Serving For Equality
Where: Sharon Lester Tennis Center
When: July 22, 6 p.m. to 11 p.m.
Cost: $60 for players; $25 for spectators
Details: Grab your doubles tennis partner and make a racket at the second annual social game benefiting the Human Rights Campaign Atlanta. King of Pops and Shane’s Rib Shack will serve the food while the players serve the action. There will also be a silent auction and a DJ.

Buxton Hall Barbecue at Eat Me Speak Me
Where: SOS Tiki Bar
When: July 23, 5 p.m. until food runs out
Cost: Varies
Details: Elliott Moss, the James Beard Award-winning pitmaster behind Asheville’s Buxton Hall is traveling to Decatur for a one-night-only collaboration with Eat Me Speak Me’s Jarrett Stieber. To pair with their dishes, which remain surprises, Creature Comforts is tapping an experimental American Black Ale—one of only eight kegs brewed.

After cars hit the building twice, Ammazza won’t reopen until next year 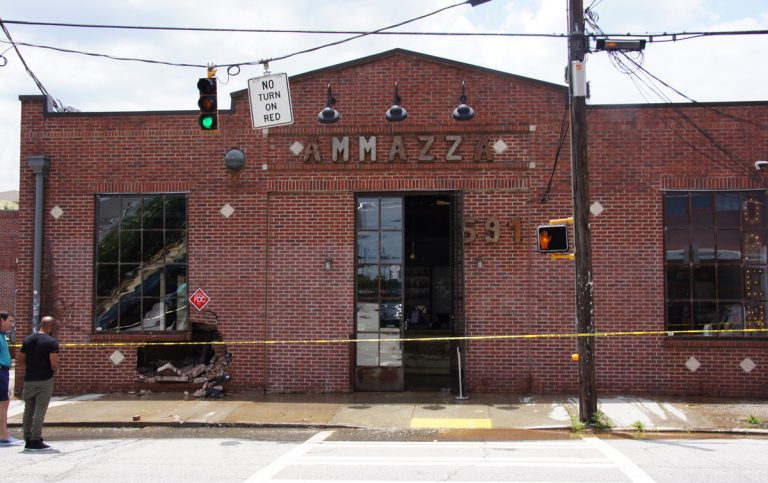 When the hood of a car plowed through the front wall of Ammazza in June, no one could have predicted that another car would crash into almost the exact same spot of the building nearly a month later.

The popular Neapolitan pizzeria sits at the intersection of Randolph Street and Edgewood Avenue, a site that has earned two “no turn on red” signs and a whole lot of recent attention. On the morning of June 10, a nearby driver’s blood sugar plummeted, causing him to become dizzy, disoriented, and accidentally steer his car into a fire hydrant, continuing on into Ammazza’s century-old brick foundation.

Hugh Connerty, Ammazza co-owner and managing partner, was at home with his kids when he heard the news. He sprinted to the scene to find a crushed hood and a steady stream of water that would flow from his restaurant for hours, leading some passersby to think that Ammazza was being used as a film set. The driver was taken to Grady Memorial Hospital for chest pain and low blood sugar, but no one else was injured in the accident.

If an eight-inch steel pipe hadn’t stopped the car, Connerty believes the vehicle would have shot even further into the restaurant. But what that fire suppression pipe saved in impact damage, it made up for in water damage. Between water from the broken hydrant and the pipe, Connerty and his 30-member staff, which he’s retained in its entirety, were forced to remove everything from the restaurant, icing the cake of what he calls a “perfect situation for such a mess.”

Then on July 6, a two-car accident sent a Ford Fusion into the same wall—about eight feet to the right of the first hit and about 40 feet away from Connerty. He had been sitting in a plastic fold-out chair, patiently awaiting a UPS package when he heard two “booms” and felt the “thud” of something jamming into Ammazza’s front door. Connerty was shocked to find another car in his wall, but at the same time, he says, “you kinda knew.” The driver in that accident was taken to the hospital for neck pain, but just as with the first incident, no one else was injured.

The “funky T-shaped intersection” at Randolph and Edgewood has never been completely immune to accidents, Connerty says. He’s seen his share of close calls, as well as a few crashes that pitted bicyclists head-to-head against car drivers. He’d like to see the city install some indication of the intersection’s abruptness, perhaps a reflective guardrail, as well as a measure to protect people on foot, since pedestrians were in close vicinity of both incidents. Connerty says these precautions are critical because traffic could increase with an expanding BeltLine, which lies about a block from Ammazza.

“We’re definitely not [going to be able to] open this year,” says Connerty, who’s frustrated but undeniably optimistic. Ammazza had recently grown to occupy the rest of its building—an additional 7,000 square feet—where Connerty had planned to incorporate two more ovens, a space for to-go orders, and an event room. But rather than letting misfortune foil his plans, he’s looking at the accidents as an opportunity. “It’s making us think,” he says, “how would we [redesign the restaurant] if we could?”

Ammazza still plans to open a second location across from Kimball House in Decatur, a space it claimed in 2016. But plans for this location have been further delayed due to the Edgewood wrecks as well as pipeline project negotiations between the City of Decatur and DeKalb County.

Not to mention, the Decatur Ammazza is also too small to generate its own supply of aged dough, a problem Connerty planned to remedy by expanding the dough room at his Edgewood location. “We’ve gotta get Edgewood fixed or find some other solution [before the Decatur location can open],” Connerty says.

While Ammazza remains a mess of blue tarp and building chunks, Connerty counts his blessings. The timing was troublesome, but neither accident was fatal. And while Connerty knows that his regulars are disappointed, he’s received an outpouring of support, including one of his favorite customer inquiries: “Where am I gonna eat?”