Why kitchens are the beating heart of a home 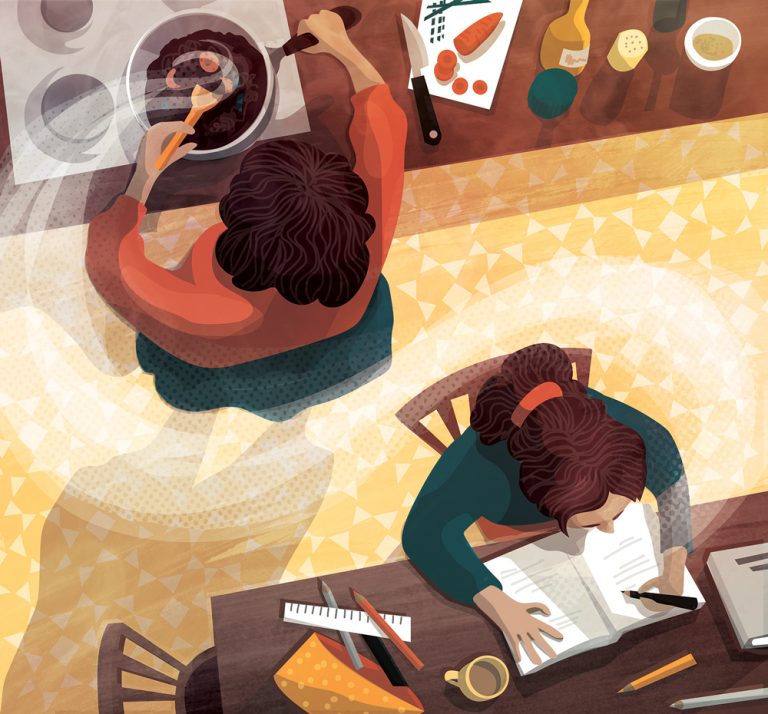 If home is where the heart is, the core of that beating heart must be the kitchen. I feel like I was born in one. When I was growing up, we often visited my grandparents’ home, which my grandfather built by hand in Evans, Georgia. My grandmother had a double-sided steel sink, and when I was a toddler, she would place me in one side while she shelled peas or snapped beans in the other. One of my earliest memories is of helping her make biscuits. She would let me make a handprint with the scraps, and the tiny dough fingers would turn a dark, nutty brown in the oven.

At our own house in Montezuma, I would help my mother prepare dinner and stand beside her as she taught me how to frost a cake or roll out a pie crust. My sister and I would do our homework around the kitchen table. During dreadfully hot South Georgia afternoons, our studies were accompanied by the sweet fragrance of peaches being transformed into jams and jellies. In cooler months, steam beaded up the windows as the hearty smell of stew permeated the air. Those experiences were absolutely invaluable, later inspiring my much-loved profession.

A kitchen is the complete sensory experience. Its sights, sounds, and aromas are intensely evocative of time and place. The scent of melted butter and waxed paper in the bottom of a cake pan instantly reminds me of my grandmother. The meaty smell of collard greens simmering with a ham hock transports me to my childhood. The sounds are also potent: the abrupt buzz of a timer, the slow whir of a mixer, the rhythm of fresh coconut being scraped against a box grater for ambrosia, the sizzle of chicken in a skillet, or the gentle burbling of grits in a pot. It’s a symphony. I often instruct my students that cooking is not about setting a timer or looking at a watch; it’s about using all of your senses.

We no longer own the family home where I sat in that steel sink. Many of my grandmother’s recipes were scribbled in her handwriting directly onto the wooden interior of her kitchen cupboards. One of her pantry doors now hangs in my own kitchen—a shrine of sorts to the heart of Georgia pine haven that set me on my life’s path. I have talismans from the generations before me: my grandmother’s door, my mother’s beat-up, warped cutting board, a cast-iron skillet that has likely fried a whole hen house of chickens.

While those meals were being prepared, I was learning so much more than food and cooking. I was learning history, math, and social studies—all framed by food. The experience was such a gift. The kitchen rooted me in my culture and literally gave me my place in the world.

Virginia Willis is the author of numerous cookbooks, including Lighten Up, Y’all: Classic Southern Recipes Made Healthy and Wholesome, which received a 2016 James Beard Foundation Award of Excellence and was a finalist for Best American Cookbook for the International Association of Culinary Professionals. The Chicago Tribune has praised her as one of “Seven Food Writers You Need to Know.” She is currently developing a PBS TV series with Boston’s WGBH-TV. A contributing editor for Southern Living, Willis debuted her own column in the fall.

This article originally appeared in our Fall 2016 issue of Atlanta Magazine’s HOME.