Home Best of Atlanta 2013 2013 Year in Review Guest Star of the Year: Conan at the Tabernacle 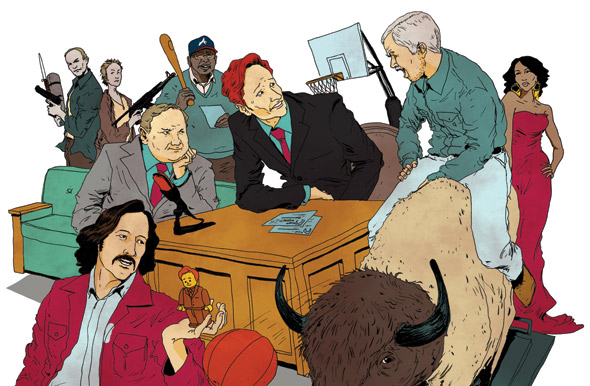 In April, a giant Final Four basketball adorned with an orange pompadour was inflated in Centennial Olympic Park—the first indication that TBS late-night host Conan O’Brien had taken up residence at the nearby Tabernacle. O’Brien riffed on corporate synergy bringing Conan to Turner Broadcasting’s hometown: “My bosses told me I could do a week of shows anywhere in the world. I told them, ‘Paris, France.’ And they said, ‘Atlanta it is!’”