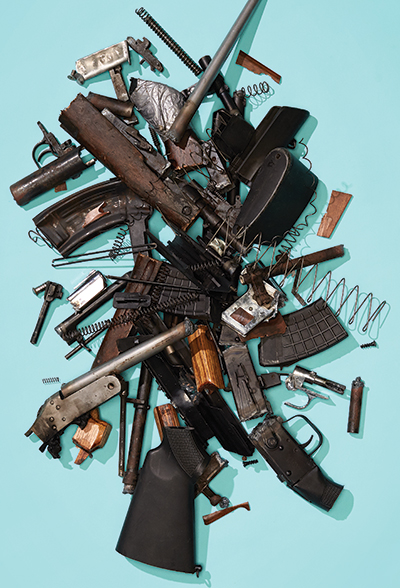 The Atlanta field office of the federal Bureau of Alcohol, Tobacco, Firearms, and Explosives seized more than 900 firearms last fiscal year. Some end up in museums, while others are repurposed for use by law enforcement. But most of them are destroyed. The ATF outsources the destruction of firearms but oversees it carefully. The cache of weaponry pictured here was rendered forever unusable by a blowtorch. Other weapons are fed into metal shredders. Second Amendment fans: Do not mourn these weapons. In 2012, according to the ATF, U.S. manufacturers churned out more than 8.5 million guns—a record year. Georgia’s contribution to the national arsenal was substantial: 135,951 pistols, fourteen revolvers, 7,742 rifles, and 883 weapons the ATF classifies as “miscellaneous.”