Concentrics has partnered with restaurateur newbies Kabeer Khurana and Baker Barnett to open Mason Tavern at 1371 Clairmont Road early next month. They’ve hired chef Jason Hall, who brings experience from Livingston, Saltyard, and Parish, to helm the kitchen, where he’s been busy putting together a “globally influenced” menu for this Emory neighborhood spot.

“It’s approachable tavern-y feeling dishes—a little elevated,” he says. “The focus is on execution; keeping it simple but doing it right.”

He reveals more about his plans for the restaurant below.

Where does name come from?

The name comes from the area. There’s an old mill from the pre- Civil War era that’s kind of in ruins now, [Mason Mill Park]. It’s become a haven for graffiti artists and [the neighborhood] kind of allowed that. The [Mason Tavern] owners are from Emory and live in that area and want to reflect the restaurant as a neighborhood eatery.

What menu items are you most excited about?

I’m doing a classic chicken potpie with roasted and pulled chicken, veloute, cayenne, spring vegetables, and a duck fat biscuit. There’s a Dutch baby pancake that we’re treating like a flatbread with duck confit on top, plus harissa hot wings with lemon pepper infused yogurt confit, and a seasonal, market-driven fish dish that changes daily. It might be a North Georgia trout with spring vegetables, brown butter broth, and warm grain salad.

What about for lunch? Any sandwiches?

We’ll open for lunch after three to four weeks and have some awesome lunch sandwiches, a few of which will probably make it on the dinner menu. The burger will definitely be on the dinner menu. It’s very straightforward—a blend of short rib, brisket, and chuck. I’m thinking of calling it the Cold War because it’s an American cheeseburger with Russian dressing on a brioche bun. There’s a pressed vegetable focaccia sandwich with fried cauliflower, roasted red pepper, oven-dried tomatoes, hummus spread, preserved lemon, and a Moroccan chimichurri that’s sort of Panini-ish. I’m going to bring back the confit duck banh mi—something I did at Livingston a long time ago.

What kind of bar bites will you offer?

It is a tavern, so at the bar we’ll focus on affordable, super snackable, smaller plates for $3 to $5—chicharrones with lime yogurt, pickles with a curried deviled egg, smoked onion rings, a potato and cheese puff that’s like a combination of a donut and tater tot. The mac ‘n’ cheese will have crunchy, quirky elements like bacon, sausage, and fried pork belly.

I worked as a pastry chef for a number of years. I’ll be doing those. I think we’ll have a seasonal pie—like your mom’s pie—and a play on a Twix bar. I’ll also do lime chiffon, which is like a key lime pie lightened up with meringue, strawberries, and pieces of pound cake.

What’s planned for the bar program?

We’ll have ten beers on tap, all local except for the cider, and twenty-five bottles. For cocktails, we’re into the classics, elevated, but not drinks that take 15 minutes to make. We’re all coming together to build the cocktail program to start, and then we’ll see which bartender rises to become the lead.

The bar is made of zinc and old railroad tresses with back lighting. There are roll-up garage doors on the patio and a couple of TVs by the bar. There’s 160 seats total. It’s one large room that’s very open with neutral colors like gray, black, and brown, with old wood and leather. 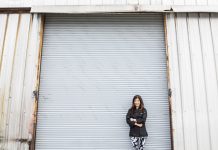 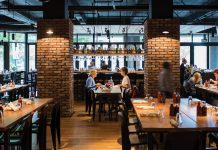 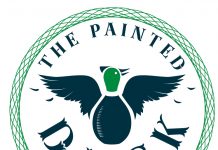