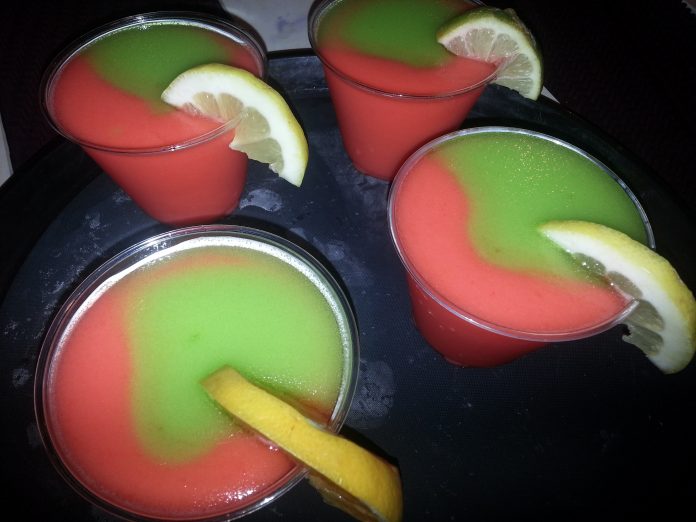 The iconic, round, spaceship-like building off Monroe Drive and visible from I-85 is about to open its doors again. Formerly home to a handful of short-lived concepts like Eros Tapas Bar, IXTLAN Ultra Lounge, and Piebar, the building is set to become a seafood and daiquiri spot called Cirque in February 2014 (at the soonest).

Kechia Matadin, proprietor of the Daiquiri Factory in Midtown, took over the space in late 2012 and says that the restaurant will be an extension of her Daiquiri Factory with a bigger focus on fish and a more upscale atmosphere.

“I always admired the building,” Matadin says. “Having grown up in Savannah where everything is seafood-based, and having owned daiquiri bars, I thought I’d bring a similar concept here.”

She describes the menu as “typical bar food but on the seafood side.” Offerings may include mahi-mahi, tilapia, catfish, shrimp, snow crab, and crab cakes. Most items will be available either grilled or fried, and a few vegetarian options will be available.

Serving lunch and dinner, Cirque will have a bar with 15 daiquiri machines, and will stay open to 2:30 a.m. on Fridays and Saturdays, and 1 a.m. most other nights.

In the year that Matadin has been working on the concept, the building has gone through a series of renovations, including moving the kitchen downstairs and the bar from the center to the side, to create a more open feel. The frosted window tint has been removed, but the patio awnings remain.

As for décor, Cirque will have dark wood floors and tables, gray padded chairs, and a purple-gray-and-gold color scheme, reminiscent of New Orleans.

“I used to go to [Mardi Gras bar] Fat Tuesday in college and always enjoyed the daiquiris,” Matadin says. “It always had a great crowd.”