Bill Johnson and his firm, the Johnson Studio, have designed high-profile restaurants around the country, but recently the company tackled one of its most challenging projects: Red, the 10,000-square-foot, 250-seat eaterie that replaced Headline Bar and Grill inside of Downtown’s Philips Arena. I recently caught up with Johnson to chat about Red, The Spence and some of his upcoming Atlanta projects.

Q: Red is somewhat different from many of your other Atlanta projects because of its location inside Philips Arena. What types of challenges did the location present and how are you planning to address them?
BJ: Access, for one: No one really knew the restaurant existed before this. Now they will, as the restaurant will be visible from the bowl of the arena into the restaurant’s interior. Several rows of seating and structural concrete were removed to make this visibility possible.

Another challenge was the destination: Previously it was not easy for the arena patrons to locate, and now with a new entrance it will be obvious. A stair inside the arena will be painted red, leading guests to the restaurant providing a “red carpet” type of entry effect.

A third challenge was to create a line of visibility or “sightline” within the restaurant so that patrons dining or at the bar can see the activity of the game or event. Several individuals will be able to see the action, while others will see the energy of the reactions from the attendees and view the scoreboards while watching it all unfold on TV. Nearly every seat has a view of the floor now. Tiered seating and “stadium” booths were added to give guests a great view of the performance on the arena floor as well as the action at the bar and expo kitchen. Dramatic lighting effects and live action cooking will be a prominent feature and will help to counter the energy inside the bowl.

Q: Can you provide an update on the Spence, your project with Concentrics Restaurants and Richard Blais?
BJ: It was very slow moving at first because Bob [Amick, President of Concentrics] was focused on Prato opening in Orlando, Winter Park. We are currently working on the look and feel of the interior decor. We will be featuring materials like natural heart pine, raw zinc and brick. It looks like the middle of May before it will be open.

Q: Over the last five years you have had some nationally lauded projects in cities like Dallas (Fearing’s) and Royce in The Langham Hotel (Pasadena, California). What have you learned from those projects that we might see in your future Atlanta projects?
BJ: New York City, at Rockefeller Center, is getting the newest concept from the Del Frisco’s Restaurant Group, called Del Frisco’s Grille, a grille that is also proposed for the Atlanta area. The positive reaction to the more casual comfortable atmosphere and varied menu with small plates appears to be a concept that will be well suited for Atlanta.

Atlanta’s Sweetwater Brewery was ranked 24th among the Top 50 craft breweries, by sales volume, in 20011 by the Brewers Association.

The more than 1,000 people who gathered at the Georgia Aquarium on Thursday, April 12 for the twenty-fourth anniversary celebration of Share Our Strength’s Taste of the Nation Atlanta raised $786,000 to end childhood hunger in Atlanta and across America.

On Wednesday, April 25, over seventy Atlanta restaurants will participate in the twentieth annual Dining Out for Life project. The participating restaurants will donate 20 percent of each check to support Open Hands community nutrition programs.

On April 29, May 6 and May 20, Meals on Wheels Atlanta is introducing Sunday Suppers. On three these three dates, intimate dinners prepared by some of Atlanta’s finest chefs will be hosted in private homes. All proceeds from the suppers will benefit the continued work of Meals on Wheels.

Brookhaven. The second annual Brookhaven Farmer’s Market will open on Saturday, May 5 , in the Haven and Valenza parking lot just off Dresden Drive. The market will be open weekly on Saturdays, from   9:00 a.m. – 1:00 p.m. though late fall.

Tomorrow’s News Today is reporting that a Mexican concept is planned for the former Decatur Diner spot. The new owner, Mike Brosius, is quoted as wanting to open a “full service hi quality hi energy Mexican restaurant and bar with a street food twist and exciting patio service”.

Decatur Metro reports that the Courtyard by Marriott on Clairemont Avenue is looking for a new tenant in their restaurant space. The space is 3,300 square feet plus a patio.

Downtown. What Now Atlanta reported that Pizzeria Vesuvius has shuttered, temporarily, due to the construction of the Atlanta Streetcar along Edgewood Avenue.

Roswell. Ryan Pernice and Ted Lahey, the duo behind Table & Main, are planning to open a dinner-only Italian spot, Osteria Mattone,  at 1095 Canton Street, next to the Fickle Pickle, by summer 2013. The neighborhood trattoria’s menu will feature rustic Italian cuisine including handmade pastas and wood-fired pizzas along with a wine list comprised of many Italian wines and other continental varietals. 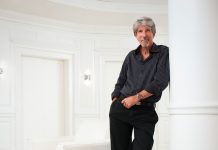