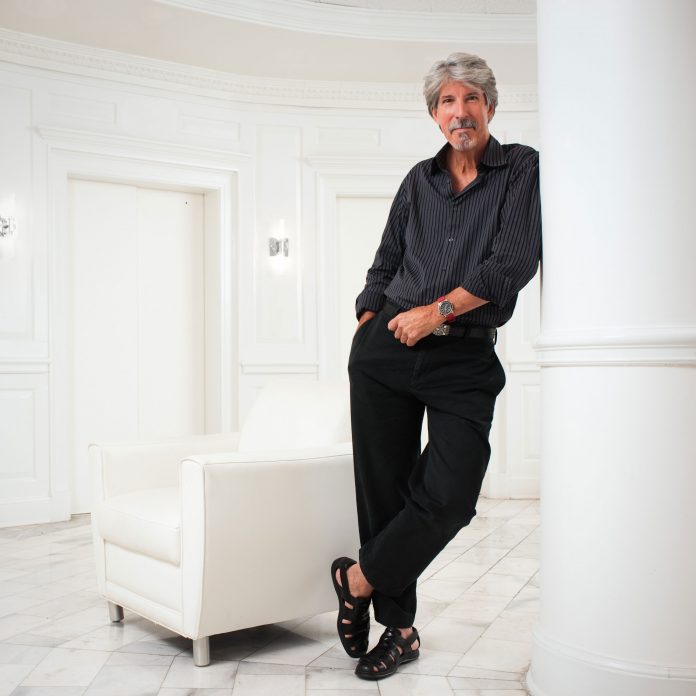 No one has designed more high-profile Atlanta restaurants than architect Bill Johnson. Some of his early projects from the late 1970s and the early 1980s—including Peachtree Cafe, where Buckhead learned to love Chardonnay at the pastel-colored fern bar—predate the creation in 1988 of the Johnson Studio, the Downtown architectural firm responsible for the atmospheres of upscale titans of the 1990s and 2000s, including Seeger’s, Joël, Bluepointe, Nava, Ciboulette, Dick and Harry’s in Roswell, and MidCity Cuisine.

Those places have closed, but the impermanence of even his best work doesn’t seem to bother Johnson. “If you get ten years, you are lucky,” Johnson says. A mild-mannered Charlestonian with a shaggy mane of gray hair and the cracked voice of an aging rock star, Johnson, sixty-two, favors suede shoes and skinny pants. He graduated from Georgia Tech with a degree in building construction, and as a night owl who also played guitar in a band, he gravitated toward the late hours and restless creativity of the restaurant world. Today his firm employs twenty-one other architects and designers (that number is up from fifteen in 2000 but lower than the firm’s frenzied days in the mid-nineties).

Johnson’s professional name may be synonymous with fine dining, but the studio has created the environments for restaurants in every tier: society hangouts like Canoe and the Lobster Bar; clamorous nightclub hybrids such as One Midtown Kitchen and Shout; higher-end chains, including the Buckhead outpost of the Cheesecake Factory and the P.F. Chang’s in Alpharetta; and chef-driven projects like Rathbun’s and the Spence. There is no one typical Johnson Studio look. (The boss personally prefers minimalism.) “All of our designs are so different because they are the realization of our clients’ concepts,” Johnson says. “That’s not to say that we don’t bring direction and ideas to the table, but I always want to enhance rather than modify my clients’ notions.”

In previous decades, restaurateurs and chefs asked for a grand experience—say, the geometrical and Technicolor flamboyance of Bluepointe (in the equally showy Pinnacle Building) at the end of the nineties for the Buckhead Life Restaurant Group, or the maple floors, leather checkerboard banquettes, and theatrical red tile wall that defined Joël, which opened in 2001. The current direction calls for intrigue and warmth at a more casual level, popularized by culinary trends and perpetuated by rival studio AI3, responsible for the look of Miller Union and Bocado (among many others). Johnson is unflappable about the shift: “We all like stimulation and big drama, but sometimes just feeling good in a space is important, too.” His latest design job is KR SteakBar, Kevin Rathbun’s new venture in Peachtree Hills. “He does the lighting better than anything I have seen in town,” says Rathbun, who never uses any other architect. “The rooms always have a soothing glow, and he cares about every little piece of the design.” KR SteakBar is a small-plates riff on Inman Park’s Kevin Rathbun Steak, with Italian themes running through the menu, so Johnson created a sultry mood that blurs the lines between restaurant and bar. He makes visual impact with a ceiling the color of a medium-rare steak’s interior (he calls it “Tuscan terra cotta”), and with a hip mix of elegant and rough textures, including veined, golden-brown marble and white subway tiles for the central bar, rodeo ropes hanging from the ceiling that act as room partitions, and one wall covered by backlit, cream-colored fiberglass.

Atlanta isn’t the firm’s only sphere of influence; since the nineties it has branched out nationally and beyond. Recently the studio completed jobs in Houston (bringing curvy, sculptural flair to a redesign of New Orleans–flavored Brennan’s) and the Cayman Islands (incorporating a sensual nautical theme to Blue by Eric Ripert in the Ritz-Carlton, Grand Cayman). Next up for Johnson in Atlanta is a redo of the long-closed Polaris atop the Hyatt Regency. “Although some of the people involved didn’t think it was a worthwhile effort, I’m making sure that the Polaris Room’s bar will revolve,” says Johnson. The restaurant world may be transient, but a maestro of design can occasionally bring an iconic space back to life, too.

Photograph by Daemon Baizan. This article originally appeared in our April 2013 issue.