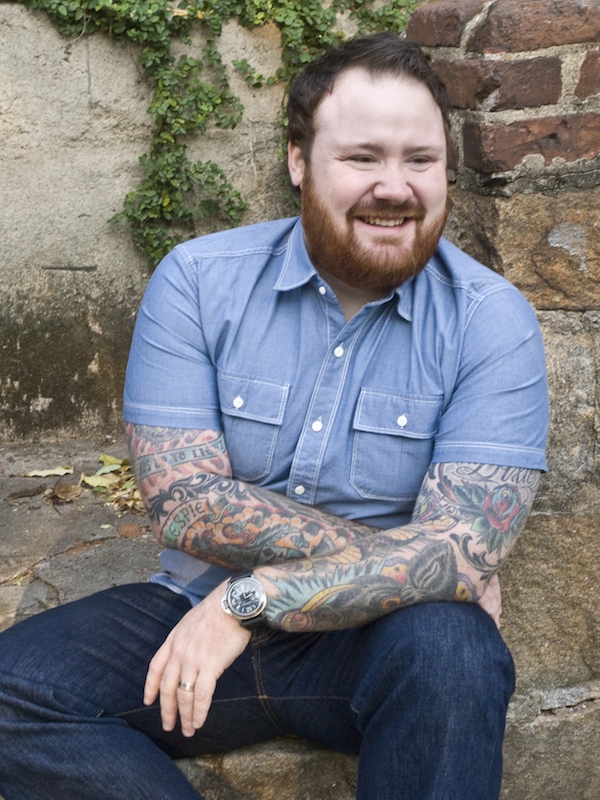 Woodfire Grill announced today that chef Kevin Gillespie will be leaving at the end of the year to open a new restaurant. In his place, Chef de Cuisine E.J. Hodgkinson has been promoted to the position of executive chef. Earlier this year, Gillespie left his role as co-owner at Woodfire to focus more on two upcoming cookbooks “and other ventures,” which led to some speculation about his plans to leave the restaurant.

I got coffee recently with Gillespie to talk about Fire in my Belly, his expansive, thorough, and very personal cookbook that will be published in October. Look for a feature in that month of Atlanta Magazine for more details about the book. It’s an ambitious but accessible guide to seasonal cooking at home and, more specifically, Gillespie’s culinary vision.

As we talked about the book, though, it became clear that the cookbook project is only part of a larger reinvention of Gillespie’s career. The restaurant he plans to open this Spring will be decidedly different from Woodfire Grill, in ways that sound both exciting and mysterious. The name he’s chosen for speaks to his trail-blazing attitude he wants it to adopt: Gunshow.

Next month, we’ll run a lengthy conversation with Gillespie about the cookbook and Gunshow. Here’s a excerpt in which he describes his evolving restaurant philosophy:

Would it be safe to say that this new cookbook is more in line with your new restaurant?

Kevin Gillespie: It is. It’s more about just cooking food that we think is delicious, and not being concerned with whether or not it fits a format. In a traditional restaurant setting—let’s say it’s Woodfire Grill—we’re a tasting-menu centric, fine-dining restaurant so everything we cook has to fit. It has to fit a guidelines of whether or not it’s elevated enough to make it onto a menu like that. Is it fancy enough to merit the cost of Woodfire Grill? The second is the size concern. Some things are too big to ever be used in fine dining. You can’t roast a whole leg of lamb and serve it in a fine-dining restaurant because that doesn’t work. That’s not how fine dining is. Those things bother me. I don’t think that they help anyone’s pursuit of having the best thing they can possibly have.

I think, for example, of an Italian restaurant with a chef who wants to cook locally. He wants to use everything he can get locally. And a farmer shows up with a care of the most amazing baby bok choy he has ever seen. And he has to turn them away because Italians don’t use bok choy. I think that’s a flaw—a flaw in our thinking about how to handle food. And so we wanted to eliminate it.

So, we have made it a point to take a little bit of all of those things, and what we’ve created is something that is very distinctive and certainly nothing I’ve seen before. It is either going to be a tremendous success or a horrible failure, but either way we’re trying. We’re putting an effort towards making something better. That was the whole point—that we could probably make a better restaurant if we try.

And I don’t mean fancier or anything. I just mean better, more satisfying, more genuine. And that was a big word that we kept going back to—having a certain genuine quality and certain conviction behind them that I didn’t want people to think that this was my new concept. There’s no concept behind it. I’m just opening a new restaurant, and I want to be a lot closer to who I am now at this point in my life and career than my current restaurant is.

Look for more about Fire in my Belly and my entire conversation with Gillespie next month on Covered Dish.