Home Local Foods Later than last year, strawberries are on the way 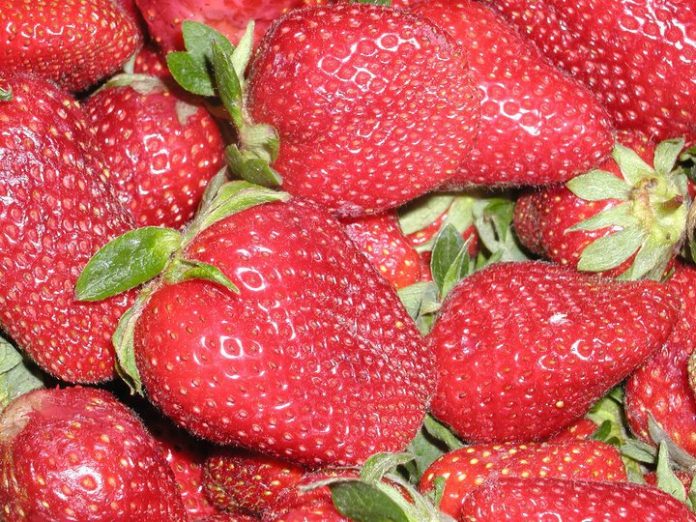 If the only Facebook pages you ever visited were for pick-your-own strawberry farms, you’d swear that social media was run entirely by 8-year-olds sitting in the back of a station wagon. Every post is a variation on a single theme: Are you open yet? When will you open? Now? Are you open now?

Well, my impatient friends, it appears that your wiggly wait is over. Twin Oaks Fun Farm in Forsyth announced Monday that it’s open for the season, and Deb-Deb’s Strawberry Farm in Jenkinsburg has posted that it will open this Saturday, April 13.

This time last year, I was already up to my elbows in strawberry jam. But it’s been a weird spring. Cool temperatures and cloudy days are causing many farmers to delay their harvest plans. Decatur’s Love is Love Farm has announced a May 1 launch of its spring CSA, postponed from an original start date of April 17. Georgia peach farmers were sweatin’ it for a week or two, but the danger of a late frost is now behind them.

“We feel like we dodged bullets all last week,” Al Pearson of Pearson Peaches told me in early April. “We had frost and freezes, there was ice in the ditches, and we had blooms on the trees in a very fragile state.” Some of the earliest-producing varieties “stung a little” by frost, he said, but overall the crop is still looking strong.

“The good thing about peaches is you have a lot of extras, and it has to be very devastating to take all the peaches out.” Like in 1955, when Pearson’s grandfather salvaged two peaches on the entire farm after a frost in late March destroyed all the blooms. Or in 1996, when only about 3 percent of the crop survived. Or in 1987, when only about 12 percent pulled through.

Fruit crops like peaches, apples, and blueberries are especially vulnerable to crop devastation because the plants blossom all at once—so one ill-timed frost can kill all the buds and wipe out a season’s worth of fruit. “It’s not an imaginary thing,” Pearson says. “But we feel like we’re out of the woods.”

Strawberry plants, on the other hand, blossom and set fruit over a few weeks, making complete crop loss from frost injury very rare—though a hard frost can damage a portion of a crop. Like the tree and bush fruits, it looks like Georgia’s 2013 strawberries, and the people who love them, can all breathe a sigh of relief. They may be later than in the past few years, but the berries are here now … or just around the bend.